Articles with unsourced statements from September 2009

Use British English from October 2016

is a Britishtelevisiondrama series that ran for four series from 1 April 1995 to 28 August 1999. The programme, a mixture of action/adventure andscience fiction, involved a team of specialist independent crime-fighting technology experts, who faced a variety of threats involving computers and other modern technology. It was originally broadcast on Saturday evenings onBBC One, and was produced for the BBC by the independent production companyCarnival Films. In July 2014,London Live; a local digital terrestrial station in London, began airing a complete re-run from Series 1.

The series has something of a minor cult following in the UK, not least for glaring production faults – for example in the first episode the cast are quite clearly stepping onto pre-chalked outlines to aid what was presumably a necessarily short external shot.[citation needed]Overall 40 episodes were produced, ten in each of the four series.Virgin Publishingproduced novelizations of the episodes of the first series, but these were not successful and subsequent episodes were not novelised. As of 2005, the series is available onDVDin series-by-series box set form, released byRevelation Films. A complete box set collection of all four series is also available.

The programme came close to cancellation at the conclusion of its third series, but due to an exciting cliffhanger ending deliberately included by the production team, and strong foreign sales, a fourth was commissioned. The final series suffered from being moved to an earlier timeslot on Saturday evenings, and for only having the first eight of its produced ten episodes scheduled for broadcast.[2]Coupled with theOmagh Bombingforcing theBBCto postpone the series for a week, this meant that the concluding three episodes would not be broadcast until a year later. Another attempt to save the show by giving the series a cliffhanger ending was not successful, and the ending of the final episode where Alex has just married boyfriend Adam, only to have him killed at the wedding and Ros and Beckett are abducted by an attacker unseen by the audience but recognised by Beckett was never resolved.

The series was devised by Carnival bossBrian Eastmanand producer Stuart Doughty with input from veteran writer-producerBrian Clemens, who had previously worked onThe Avengers. Clemens describedBugsas anAvengersfor the 1990s. Other notable series writers includedColin BrakeandStephen Gallagher. Two episodes (Bugged Wheat and Hollow Man), were written byAlfred GoughandMiles Millar, who went on to create the seriesSmallville. The theme tune was written byGavin Greenaway. The programme was a mixture of action/adventure andscience fiction, with a reliance on fast-paced plots, technical gadgetry, stunts and explosions. Much of the programmes filming took place around theLondon Docklandsarea, which had recently been redeveloped with projects such asCanary Wharf. This was intended to give a modern, and perhaps even slightly futuristic, feel to locations of the episodes. The production was originally based at two warehouses of Blackwall Basin, on theIsle of Dogsin London. After theIRA bombing of the South Quay Plaza, the crew had to travel further to find intact buildings for exterior locations.[1]

The plot of the programme involved a team of specialist independent crime-fighting technology experts, who faced a variety of threats involving computers and other modern technology. The main trio of regulars were Nick Beckett (Jesse Birdsall), Ros Henderson (Jaye Griffiths) and Ed (Craig McLachlanin series one to three,Steven Houghtonin series four). Initially an independent team, they began working alongside the government agency Bureau of Weapons Technology in series two and from series three, with the original Bureau decimated, they came under the authority of the newly created Bureau 2, whose head was codenamed Jan (Jan Harvey) (her real first name was revealed to be Barbara, but her surname was never given) and her secretary, Alex Jordan (Paula Hunt). The series evolved, as a result, from a series of relatively unconnected one-off episodes to an overarching soap opera complete with office romances. There has been controversy over Eds surname – because he was never called anything other than Ed, some people have taken his surname to be Russell, simply because he was addressed as Dr Russell in one episode. However, that was more likely a pseudonym, as both Ros and Beckett used plenty of false names throughout the series. 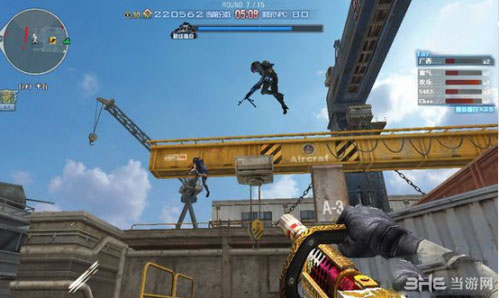