The series delivers nicely integrated themes that are relatable, relevant and intriguing for both kids, tweens and teens as validated by the first weeks ratings and social media activity levels noted above.

Following the adventures of a junior high school girl named Marionette is about a shy, charismatic, yet awkward girl with a crush on her fellow classmate Adrien. When villains strike her city of Paris, France she transforms into a courageous, vivacious superhero named Ladybug. Along with her sidekick Cat Noir, they are both an unstoppable duo who take on the bad guys enlisted by the evil Hawk Moth, a mysterious villain hell-bent on capturing the magical components that give Ladybug and Cat Noir their powers.

Comic book superhero stories have been experienced on the big and small screen for many years. The storytelling and the sensory experience has become more engaging in recent years. For the first time ever, Miraculous™ animation will also deliver a new sensory experience for girls with their very own young super in compelling, action sequences never seen on TV for girls. The quality of the 3D CGI animation depicted in the characters and within the over (200) 3D backgrounds is enough to garner the active interest of an older demographic fan following now detectable throughout social media. 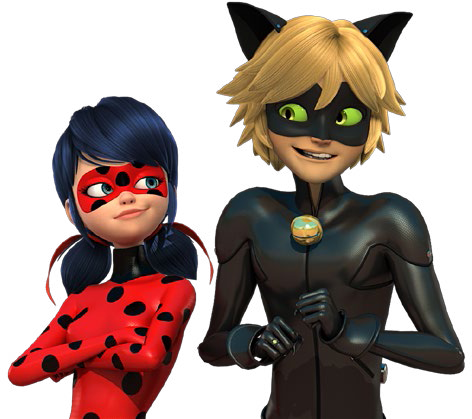 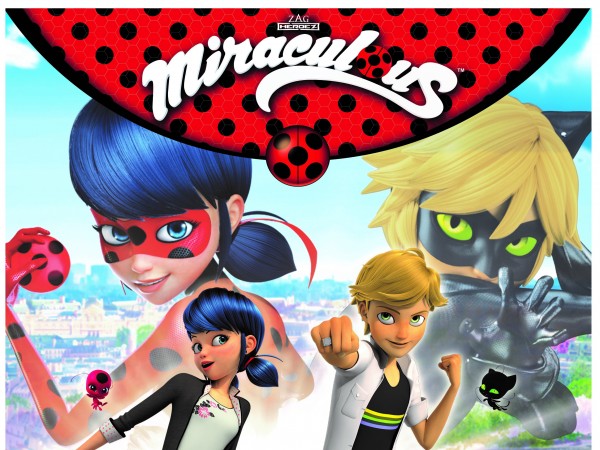 The 26-episode series, which will air every Sunday on Nickelodeon at noon ET/PT, and repeat throughout the week, is owned and produced by ZAG, under its Zag Heroez umbrella. The series targets girls 6-11 with first weeks ratings and strong social media activity indicating interest including older girls up to 17 and some curious interest from boys as well. While making its first appearance in the U.S. this December, Miraculous™ has already debuted in France and Korea, attaining consistent number one ratings across all kids shows week over week. Series premieres will continue to roll-out globally, in 120+ markets worldwide over the next three months.

Be sure to catch up on the show by visiting the following Miraculous themed sites and social media outlets; 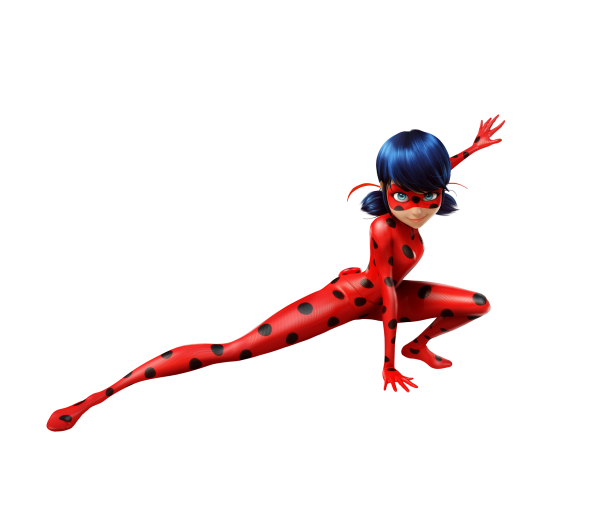 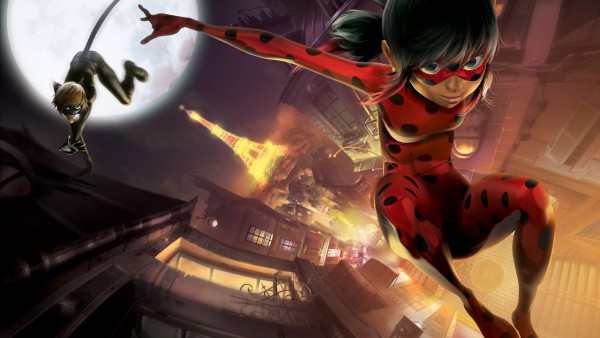 In this segment, Lindalee tours ZAG and learns more about the making of the show, meets some of the team behind the series, gets a sneak peek at this Falls Miraculous toy line and visits the future spot of where the new Ladybug & Cat Noir movie will be made! Beyond the Marquee was honored to be invited to ZAG and be one of the first media outlets in the USA to check out their studios and learn some exclusive secrets of this hit new show and this amazing new character who saves the day to restore happiness and peace for the citizens of Paris.

Miraculous™ Tales of Ladybug & Cat Noir follows the adventures of a charismatic young Marinette (13) who magically transforms into a vivacious superhero (Ladybug) to save the day using newly acquired superhero powers, mysterious lucky charms and the unique power of creation. As a young teen female superhero and unchallenged protector of Paris, Ladybug partners with sidekick, Cat Noir, to fight crime and save the beautiful City of Lights. Surprisingly, Ladybug and Cat Noir do not know each others true identities. Marinette is unaware that, beneath the Cat Noir suit nestles Adrien, her secret school crush. Similarly, Adrien doesnt know that his Ladybug is really just Marinette, a rather plain girl in his class. The storylines of Miraculous™ Tales of Ladybug & Cat Noir are rich with friends, family, fun, adventure, secret identity, secret crushes, transformation, action, villains, fashion, creativity and more, all among the spectacular backdrop of Paris.

The series is considered a preteen action adventure sitcom, all about the super while including all the typical teen antics, from boy crushes to peer pressure at school. Miraculous™ should be relatable and authentic to many kids and preteens today.

You canleave a response, ortrackbackfrom your own site.

This fall, prime time live action television featured the premiere of two highly anticipated female centric super heroes, the feminist leaning Supergirl on CBS and the sexual charged Jessica Jones on Netflix. In addition, Kidscreen also revealed a growing trend of the emergence of girl super heroes. The concept of a young girl as a super hero is a game changer in both toys and entertainment Miraculous™ has someone girls can related to Ladybugs alter ego, Marinette, whos a quirky but lovable girl growing up, going to school and having first crushes. Shes also someone they want to be the superhero, Ladybug.

BTM Junior Reporter; Lindalee Rose heads to the design studios of ZAG in Glendale, CA to go behind the scenes of the new Nickelodeon animated show; Miraculous: Tales of Ladybug and Cart Noir. Produced by ZAG Studios, this new all-new 3D CGI-animated, action-sitcom series is currently the 1 kids show in France, Korea and now the USA.

Fan support for the show has just exploded, and though Miraculous is only just over a month old to America, its been around since last year and devotees to the series has ignited like wildfire. Researching on-line we found dozens offan-sitesfan-artfan-fictionand evencosplay of the shows main characters; Ladybug and Cat Noir. It seems that its only a matter of time before that excitement spreads globally and Miraculous is a house-hold name! 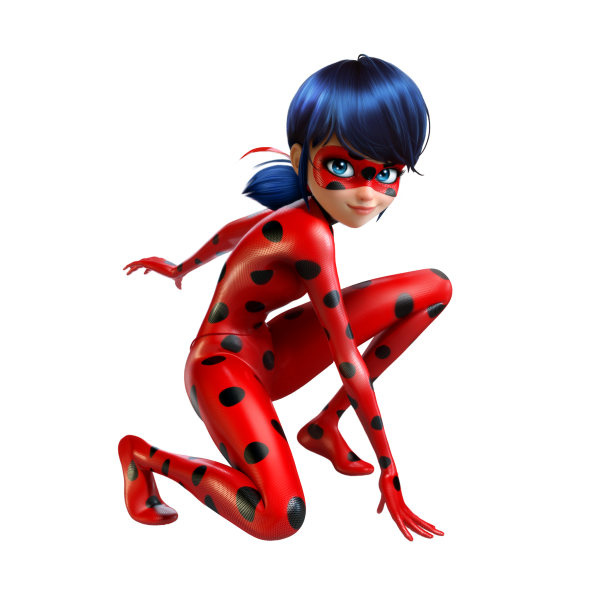 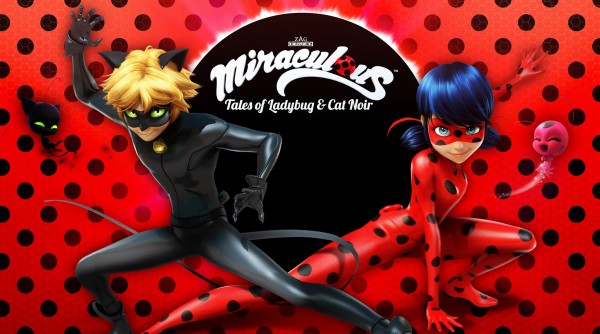 Ladybug captivates girls with girl power and makes them feel confident and certain in their abilities. In the film box office world, male super heroes are the largest genre of films and merchandising, and have generated over $11.3 billion in box office sales in the last five years. Female super heroes, such as Katniss from The Hunger Games and Elsa from Frozen, are only beginning to emerge and Ladybug will become part of that cultural landscape. It will be empowering and exciting for young girls to see a female superhero in such a dynamic and powerful role, inspiring them to dream big.

The series is a global co-production among ZAG, Method Animation, Toei Animation and SamG, with the participation of TF1, Disney Channel EMEA, SK Broadband and AB droits audiovisuels.