[UPDATE BELOW]Bed bugs are allegedly tormenting moviegoersat the AMC Empire 25 multiplex in Times Square. During an October 4th screening of (not kidding)Jeepers Creepers 3: The Creeper Walks Among Us, Jessica Vidal spotted the below parasite and recorded video of her husband Stevens inflamed neck:

So there you have it: Feel free to seeBlade Runner 2049in Times Square, so long as you burn your clothes immediately after.

Vidal has not responded to our request for comment, but a manager who works at the Times Square location, who declined to give his name, told us that the multiplex underwent an inspection on the night of this bed bug complaint, which turned up negativeno signs of any pests. Asked if this meant that management was aware of the problem, the employee insisted he wasnt familiar with the specific details, and referred us to a corporate media contact. 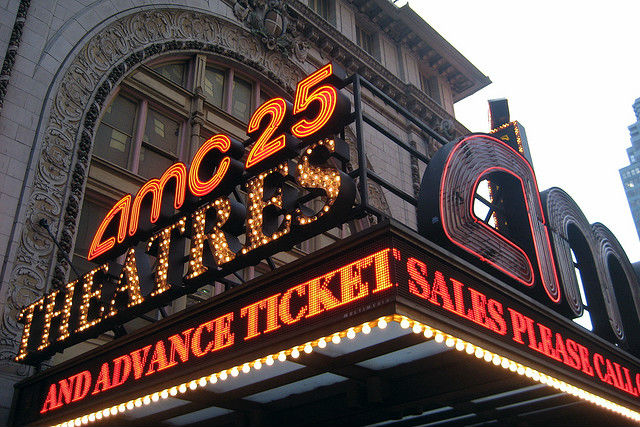 One day prior to the Vidals bed bug encounter, NYU graduate student Don Ho claimed he received red itchy bumps on his forearm during an AMC 25 showing ofNever Say Die. Im under the impression that this has been happening for awhile, and theyre not really doing anything about it, Ho told us.

He added, Bed bugs are a widespread issue throughout New York City. Studies show that people are much more likely to encounter them in hotels and on their transportation to a movie theatre than in a movie theater itself. AMC is vigilant and aggressive about the inspection and treatment of this issue, both proactively and reactively. Every seat at AMC Empire 25 is proactively inspected every month and treated immediately if there is any sign of bed bugs.

Gothamist is now part of WNYC, a nonprofit organization that relies on its members for support. You can help us bymaking a donation today! Your contribution supports more local, New York coverage from Gothamist. Thank you!

While that may be true, there are some precautionary steps that patrons might consider before braving the plagued theater. As entomologist Jeffrey Whitetold us after the last bedbug reportat AMC 25, concerned moviegoers should: take as few items as you can into theater, because that lessens the chance that youll take something home with you. You can also inspect yourself closely when you come out, because you can see adult bedbugs. And if you really want to be safe, you can take off clothes immediately when you come home and put them in hot dry cycle, which will kill bugs.

UPDATE 4:52 p.m.:Reached for comment, AMC Spokesperson Ryan Noonan told us, We are aware that guests have reported this issue recently, but have found no evidence at the theatre to confirm those reports. As we do anytime bed bugs are reported, we investigated immediately upon a receiving a guest report, using a third-party pest control company. Thorough examinations of auditoriums in question revealed no sign of any bed bug activity.

The recent outbreak has moved some moviegoers to take action against the theater. Anonline petitionis circulating, with the goal of forcing the theater to either acknowledge the problem or renovate. Remaining the way it is now is simply putting customers into dangerous positions often without their knowledge, the petition notes.

We do have preliminary inspections done regularly, every night, he added.

According to Louis Sorkin, a bedbug expert and entomologist at the American Museum of Natural History since 1978, the bedbug seen in the carpeting is a nymph, meaning its not fully grown. But he also noted that it looked like a late instar, meaning at least a few weeks into its life cycle, and potentially up to 8 weeks old (more on the lifecyclehere).

We havent heard back from AMC corporate yet, but well update accordingly.