Without Billie Jean King, Would We Have Adam Rippon?

Sadly, this is the only bulge-related GIF in this post! As the folks atWorld of Wonderso aptly put it, the only reason to see the train-wreck that is Adam Sandlers

The 20 Most Popular Paper Stories This Year

Zolita Is Having the Best Pride Month Ever

Xtina on Feminism, Domestic Abuse and Times Up

In our humble opinion, the Olympics has to take the cake for 1 groin-watching-influencer in 2012. The swimmers and divers just standing around (case-in-point, Ryan Lochte and Tom Daley), the entireFrench Olympic swimming teamposing for an underwear ad, the debatedmaybe-erectionof US rowerHenrik Hummel, the sexting trysts of US gymastDanell Leyva, and the general strut of Swedish decathlon runnerBjÃ¶rn Barreforsare just the tip of the penis-shaped iceberg. More than any event, the Olympics gave us ample bulge to gawk at, and made male package skyrocket to the front and center of the airwaves and our general peen-obsessed consciousness.

the only one who made the bulge high profile in 2012, but we would

On the one hand, David Beckham is fucking hot. On the other hand, weve seen Beckhams body many, many times at this point and theres something a tad sterile about these ads, so were not feeling it as much as we maybe would in, say, 2010.

Andy Samberg is a cute dude. Though we may prefer him playingRas Trentor being an utter dork inI Just Had Sex,we like seeing all he has to offer inthis skimpy cheerleading outfitfrom the set of

2012 was the year of the celebrity bulge. Froms near-constant wardrobe malfunctions to David Beckhams full-frontal underwear ads, lots of stars left little to the imagination. Below, our definitive list of celebrity bulges of 2012, ranked in descending order.

argue that he did more for it than any single person. Thedifferent

Shemar Moore, known for his role on the procedural drama

packing trouser heat. When asked about his bulge, he straight up told

was absolutely this years go-to movie for watching scantily clad men wiggle their barely-covered junk. The

We barely know who Thom Evans is — a former rugby star,as it turns out– or what he does now, but that doesnt stop us from appreciating his physique on the cover of

(about a million) that we saw Jonspants hammean two things: that he needs more supportive underwear and he ran out of fucks to give. Gold stars all around.

was by all accounts a very strange movie. Zac Efron, who hadnt really managed to shake his buttoned-up tweeny Disney star aura, strays from that squeaky clean image in a big way. Oh, and did we mention that he spends a whole lot of the movie in various states of undress?

A Salute to the Worst People, Movies, and Things of 2015

days, but here he is looking much bigger, in every sense,for his film upcoming filmPain and Gain.

is Milo Ventimiglia hopping around in his skivvies. And thanks to us, now you dont have to see it.

situations in whichhe accidentally bared all — in suits on the red

carpet, casually hanging around NYC — and the sheer number of times 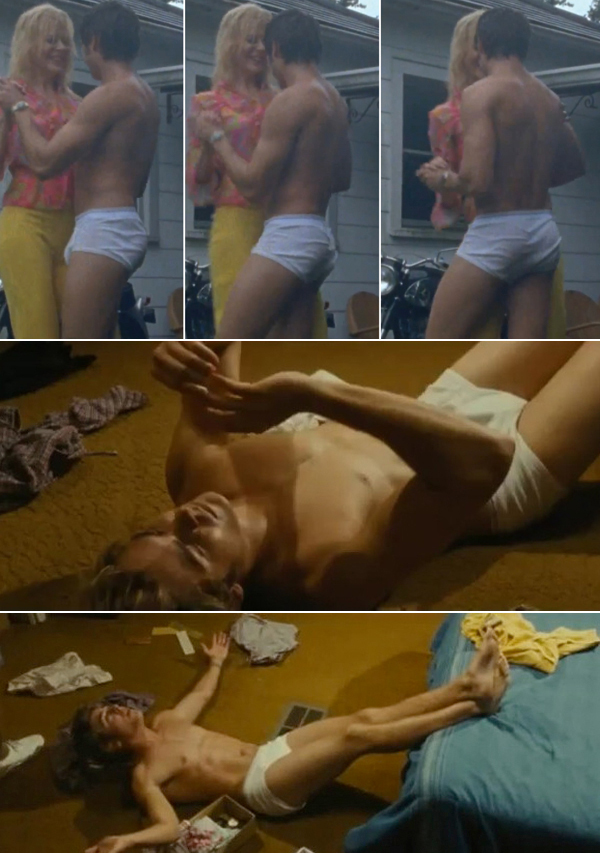 , apparently loves going to Miami andromping in his bathing suit. To quote Emma Stones character in

Believe it or not, Andrew Garfield and the costume designerstried hardto make sure his naughty bits werent the main focus when he put on the Spidey suit. Thats kind of a shame, but at least they didnt go 100% Ken Doll with it. He gets a big bump up from Cavills Superman because that looks like the real thing and supposedly he really was butt booty naked under his suit. (Side note: he apparentlylaughed and blushedwhen asked about this which only makes us like him more.)

This one might be a bit of — ahem –a stretch. But weve always had a slightly embarrassing crush on Matthew Morrison and were, how shall we say…happy to see this?