Frank Herberts Dune is a three-part miniseries written and directed by John Harrison and based on Frank Herberts 1965 novel Dune. The series was produced by New Amsterdam Entertainment, Blixa…more

Mega Shark Versus Crocosaurus is a monster disaster film by The Asylum, released on December 21, 2010 in the United States. The film stars Jaleel White, Gary Stretch, Robert Picardo, Dylan Vox,…more

Supergator is a 2007 horror film from Roger Corman starring Brad Johnson and Kelly McGillis. The music was by Damon Ebner.

Attack of the Sabretooth is a 2005 horror film that premiered on the Sci Fi Channel, directed by George T. Miller, and starring Robert Carradine, Nicholas Bell, Brian Wimmer and Stacy Haiduk. It…more

A list of every Syfy original movie that has currently been aired. Every Syfy channel movie has been included. Syfy original movies are typically made for only one or two million dollars and air saturday nights on the Syfy channel. The genre is, of course, usually science fiction, but they do sometimes lean into fantasy. The company in charge of these movies is known as Sci Fi Pictures. Despite their low budget and made for tv status, these films are a lot of fun and a few are even some of the best sci-fi movies weve seen recently.

Grendel is a 2007 television film directed by Nick Lyon that is very loosely based on the Anglo-Saxon epic poem Beowulf. The television film was produced by the Sci Fi channel as an original…more

Anacondas: Trail of Blood, is a 2009 made-for-television horror film and sequel to Anaconda 3: Offspring. Written by David Olson and directed by Don E. FauntLeRoy, it is the fourth and final…more

Dragon Storm is a 2004 made for TV fantasy action film written by Patrick Phillips and Sam Wells, and directed by Stephen Furst. The film is noted as the Sci Fi Channels most-watched original…more

Sabretooth is a 2002 made for television science-fiction-horror film directed by James D.R. Hickox. It premiered as a Sci Fi Pictures TV-movie on the Sci Fi Channel on November 16, 2002.

Lake Placid 2 is a 2007 television horror film starring John Schneider and produced by Sony Pictures and the Sci Fi Channel. This sequel to the 1999 film, Lake Placid, aired as a Syfy original…more

Boa vs. Python is a 2004 Direct-to-video horror-thriller film. It was directed by David Flores, from a script by Chase Parker and Sam Wells, and was filmed in Sofia, Bulgaria. The film was a…more

Rise of the Gargoyles is a 2009 television film directed by Bill Corcoran and produced for the Syfy channel. It is the 18th film in the Maneater Series.

Sand Serpents is 2009 Syfy TV movie. It is the 17th film of the Maneater Series.

Yeti: Curse of the Snow Demon is a 2008 horror film that was broadcast on the Syfy Channel on June 9, 2008. Starring Carly Pope, Peter DeLuise, Ona Grauer, and Crystal Lowe, the film centers…more

Pterodactyl is a 2005 horror film that premiered on the Sci Fi Channel. The film is directed by Mark L. Lester.

Grizzly Rage is a 2007 Canadian television horror film produced by RHI Entertainment that premiered in Canada on the video-on-demand channel Movie Central On Demand on June 7, 2007. It aired in…more

Wyvern is a 2009 Canadian-American made-for-television horror film produced by RHI Entertainment that premiered in the United States on the Syfy Channel on January 1, 2009. Written by Jason…more

House of the Dead 2 is the 2005 sequel to Brightlight Pictures 2003 horror film House of the Dead. The film is directed by Michael Hurst and premiered at the Sitges Film Festival in Spain on…more

Descent is a 2005 original film on the Sci Fi Channel.

Snakehead Terror is a 2004 science fiction-horror television film. It is one of two Syfy Channel films based on the snakehead fish incident in a Crofton, Maryland pond. The other film is…more

The Best Dystopian and Near Future Movies

Dinocroc is a 2004 horror film, starring Charles Napier and Joanna Pacuła, produced by Roger Corman, and directed by Kevin ONeill. It had a limited theatrical release in early 2004 before…more

Croc is a 2007 made-for-television natural horror film produced by RHI Entertainment that premiered in Canada on the video-on-demand channel Movie Central On Demand in July 2007. It aired in the…more

Piranhaconda, an American science fiction film, premiered on June 16, 2012, on the Syfy Channel. It is directed by Jim Wynorski, produced by Roger Corman and stars Michael Madsen, Rib Hillis,…more

Dinocroc vs. Supergator is a 2010 television film that premiered on Syfy on June 26, 2010. This is one of David Carradines final performances. The film was released on DVD and Blu-ray on July…more

Minotaur is a 2006 horror film, directed by Jonathan English. It stars Tom Hardy, Tony Todd, Ingrid Pitt and Rutger Hauer. It was filmed in Luxembourg.

Komodo vs. Cobra, also referred to as KVC, is a 2005 television film directed by Jim Wynorski. It is Wynorskis sequel to his 2004 film Curse of the Komodo, with several similar elements.

Mongolian Death Worm is a 2010 television film by Syfy.

Shark Swarm is a film created by RHI Entertainment as part of the Maneater film series. It premiered on Syfy on May 25, 2008. Directed by James A. Contner and written by Matthew Chernov and…more

The Best Movies That Were Originally Panned by Critics

The Greatest Sci-Fi Movies of All Time 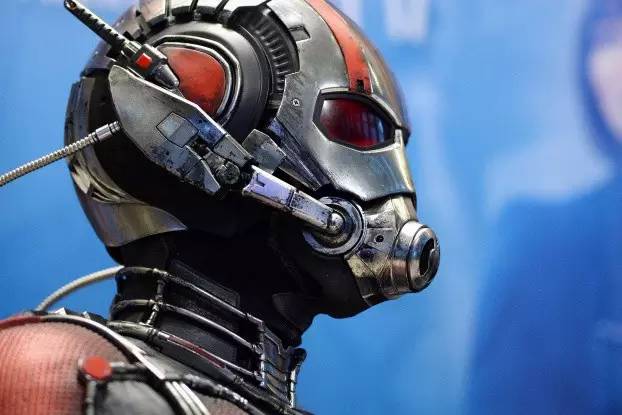 Ghost Shark is a 2013 Syfy television horror sci-fi directed by Griff Furst. The film premiered on the Syfy channel on August 22, 2013.

Malibu Shark Attack is a 2009 TV film, directed by David Lister and produced for the Syfy channel. It is the 19th film in the Maneater Series.

Frankenfish is a 2004 monster movie dealing with genetically engineered fish in the bayou. The film was based on the snakehead fish incident in a Crofton, Maryland, pond. It is one of three…more