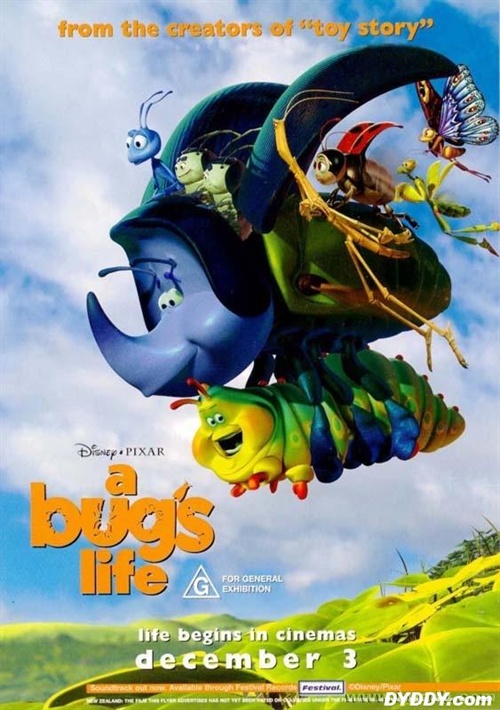 Im not sure there is a point, actually. In which case, I must say Bravo! If the brains behindLadybugshad no point, they definitely made that apparent, which is about the only thing they did right.

Brandis, being a supposed stud boys player, singlehandedly tears the girls opponents apart in an appalling blonde wig, that is, until his mother realizes Dangerfields scheme just before the championship. Brandis is yanked, but reveals himself to his former teammates prior to the big game and makes such a riveting speech to the girls at the half that they win the game on the bosss daughter last second penalty goal.

Well, anyone who has seen his 1992 soccer filmLadybugsdoesnt owe Dangerfield any respect. In fact, its fair to say he rightfully earned their eternal disrespect by appearing in such an appalling excuse for soccer cinema.

Well, that and casting Ms. Shaw

In Dangerfields defense, the films director apparently had given up even trying to make movies after his atrociousSuperman IVand may have been asleep in his chair for most of the shoot. He couldnt possibly have been watching as he quickly would have realized he was churning out one of the worst soccer movies ever. The actual game shots are poorly choreographed and reveal only that the director had no clue how soccer is played. Also, at one point in the film, Dangerfields character leaves a bar during the day and when they show him on the sidewalk seconds later, its night. That is what they call in the industry a little bit of a continuity problem.

Im still trying to figure out the moral of this pitiful parable about soccer though. Is it that girls suck at soccer? Is it that desperate men will do anything to win or get the girl, even to the point of dressing like women?

Also, this youth soccer league is insane. They have a giant professional-looking league scoreboard thats likely nicer than the one at MLS headquarters. Its fair to say that if you intend on watchingLadybugs, just leave your rationality at the door.

Brandis isnt bad playing a petulant pre-teen and its a damn shame hes gone now so he cant overcome the damage this film likely did to his young career. Shaw is really the only good part of this film, and its not because her acting is so polished. The dream girl doesnt have to know how to act, just how to look dreamy, and I think if you googled her youd agree Shaw bloomed into quite the looker after this film wrapped. In fact, if you saw her now youd likely google yourself.

The movies plot is as insane and deranged as Dangerfield himself: Rodneys character must coach a girls youth soccer team to the league title or risk losing out on a big promotion he needs to keep his fiancee from leaving him (because, as we all know, Fortune 500 companies make hiring and promotion decisions based on the performance of the youth athletic teams they sponsor).

After Dangerfield meets his team and realizes they are pitiful, he recruits his future step-son (Jonathan Brandis) to dress like a girl and play for his side. Brandis agrees only because he is bribed and he has a huge crush on one of the girls on the team (Vinessa Shaw) who also just happens to be Dangerfields bosss daughter.

Ladybugswasnt Dangerfields first foray into sports movies. He is fantastic playing the exact same character he plays inLadybugsinCaddyshackandBack to School. WithLadybugs, I am sure he thought he was completing the Triple Lindy of sports spoofs, but he missed the mark badly this last time.

Rodney Dangerfield often joked that he didnt get no respect.

So, let me get this straight. Dangerfield is afraid his fiancee will dump him if he cant bring home the girls U-14 soccer trophy, but he isnt concerned shell leave him after she finds out he has been bribing her son to dress up like a young girl in order to watch him play with his balls (er, soccer balls)? Yep, sounds about right for a Dangerfield movie.

This movie never really decided if it wanted to be a kids movie or a Dangerfield film. As anyone familiar with Rodneys brand of humor knows, kids movies dont suit him. He needs to make jokes about dicks and balls and I think that automatically gets you a PG-13 rating in the US. Putting Dangerfield inLadybugsis akin to having Quentin Tarantino directThe Little Mermaid II. It doesnt work and you dont want to watch, but you cant tear yourself away. Its like roadkill or an extremely fat ass.