There were lots of new shows for kids to choose from in 1977, but they failed to click and most of them were gone by February. After almost a decade of the same-old, same-old from the big three electronic sausage factories, seventies kids were growing restless on Saturday mornings. That restlessness translated into a record number of Saturday AM shows being cancelled mid-season. 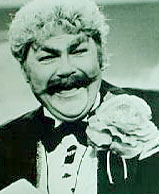 Produced in tandem with Canadas CTV which aired the show in prime time, thirteen episodes were shown in the US before NBCs Saturday mid-year purge.

These superheros are based from their spaceship hidden inside a volcano; the trio take on the qualities of Hercules, Astraea and Mercury to fight crime with help from to their mighty alien boss, Sentinel One.

Here are the network schedules for 1977-78, along with unnecessary commentary by that guy Billy Ingram.

The Wonder Twins are introduced, along with Black Vulcan, Rima the Jungle Queen, Samurai, and The Indian Chief, joining the old reliable Superfriends Superman, Batman, Robin and Wonder Woman.

Scooby had been tops on Saturday mornings for eight years by this point. In this variation, three cartoon teams comprised of 45 Hanna-Barbera characters compete in contests held around the hand-drawn world. 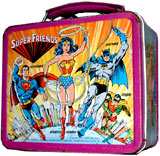 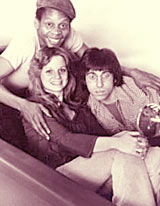 Batmite was a magical elf-like creature who couldnt control his powers or his appetite for mischief. His resulting pranks caused the dynamic duo all sorts of problems and provided opportunities for conflict without violence, a requirement for Saturday mornings strict standards.

The show was re titled Space Sentinels midseason, there were thirteen episodes.

New episodes are mixed with old stuff from past seasons. 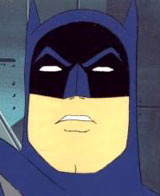 C.B. radios were the big thing in 1976, kind of like cell phones are today. But CBs were rapidly becoming passe by 1977.

Backus (Gilligans Island) gave voice to the nearly blind bumbler in theatrical shorts and TV specials for over thirty years, but this was one of the last times. He died in 1989, somewhat bitter that his long years in the business netted him so little money and respect.

This cartoon failed to catch on and was replaced midseason bySpeed Buggy reruns(there was no shortage of humanized cars on Saturday mornings in 1977).

One of the only truly new programs on the 1977-78 schedule that was successful, the program moved to 12:30 midseason and ran for two years in and around the noontime hour.

Bugs debuted on TV in 1955 when Warner Bros released their theatrical cartoons to the new medium. Local stations and the networks discovered what became arguably televisions most valuable asset – certainly the most durable!

TheSuperfriendsdebuted in 1973, this was the second version of the series.This Hanna-Barbera production ran until 1985 in one form or another.

Jonathan Harris, Dr. Smith on Lost in Space, starred as Professor Gampu in this gentle sci-fi series set in the 25th century.

On the first episode, the cadets looked for life forms on a planet about to explode.

A full two hours long – if the show never ends the kids will stay tuned, right?

Former Wonderama host Sonny Fox was made head of Saturday morning programming for NBC in 1977. Fox wanted to change the tone of Saturday programming, Childrens attitudes are influenced by television, he stated at the time. As often as possible, we have people saying humane things to one another. 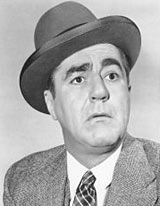 The Space Academy was located on an asteroid and its members included Loki, Paul, Tee Gar, Chris, Adrian and Laura.

InThe Nitwits, Arte Johnson and Ruth Buzzi reprised theirLaugh-incharacters, the Dirty Old Man and Gladys. Only in this animated series, the old mans not so dirty and they are crime fighters.

Followed at 1:00 by theNBC Junior Hall of Fame.

Captain Caveman and the Teen Angels(the worlds first superheroes) were seen in separate segments. The voice of Captain Caveman was Mel Blanc; this cartoon caught on so new episodes were ordered for 1978 and 1980.

Batmite was actually created in the fifties for the comic books, and was clearly a role model for The Great Kazoo from The Flintstones.

ABC Weekend specials were represented in 1977-78 with some excellent, new filmed dramas. 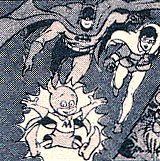 The Winged Colt was on the series premier, a three-part series starring Slim Pickens, Keenan Wynn, Jane Withers and Frank Cady. It was about a horse named Comet who sprouts wings and the young boy who chases after him and into danger.

Mystery Island was a live action continuing serial with cliffhanger endings that revolved around a group of people that have crash landed on an uncharted island. Pieces of the robot from Lost in Space were used to construct this shows robot. 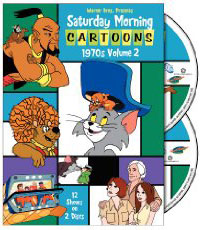 He added positive messages to the mix, likeJunior Hall of Fame, a morning insert between the shows, ala ABCsSchoolhouse Rock.Instead of grammar or arithmetic, these short films profiled exceptional kids and reinforced positive values. Despite some genuinely good programs, NBCs line-up was a flop and Sonny Fox was out before the next year.

Over the next few weeks the kids and their amazingly intelligent horse were held hostage by escaped criminals, meet a kindly prospector who poisoned Cindys dog, tangled with a rodeo stage mom, made friends with an angry lioness andWillie got hit with a stray bullet.

Cartoon series about three teenagers (and their robot) trained on another planet to battle villains here on earth. (Isnt that our Iraq strategy?)

Started out as as an hour show, but got reduced to 30 minutes in October and re titledBang-Shang Lalapalooza, withSuper Witchtaking over the other half-hour. Both shows were dumped a few months later.

Butterfly McQueen, Prissy from Gone With The Wind (I dont know nothin about birthin no babies!), starred in The Seven Wishes of Joanna Peabody. She played a hip fairy godmother that appeared to a little girl on the TV screen.

Episodes this season adopt a darker tone: Cool Roy vandalizes a road sign and causes an accident, the gang is tricked into helping a drug pusher, a neighborhood hero blames Fat Albert for something he didnt do, and the gang all discover what a true friend is all about.

In the series, Muhammad Ali travels the world helping others who are battling evildoers.

The first five episodes saw the amateur detectives up against a kidnapper played by Anthony Zerbe.

Jim Backus returned as the voice of dear old Mr. Magoo. This time the nosighted Magoo had a nearsighted dog, McBaker. 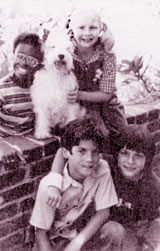 This cartoon had three bears (bears always came in threes in the seventies) who communicated by CB and introduced Hanna-Barbera cartoon treats – it was cancelled in January, replaced byHong Kong Fooeyreruns and the start of a two-hourGo Go Globetrotters.

took over this time period in October and Wacko moved to Sunday mornings replacing Ark II reruns. (CBS programmed a small block of time on Sunday mornings to display the corpses of their recently deceased Saturday shows.) 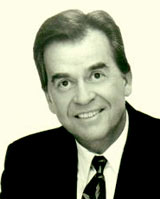 I cant be the only person who remembers the segments between Saturday morning cartoons in the 70s where this character in massive cowboy boots talked about healthy snack ideas.

Future episodes included: A creature from Lokis home planet tries to trick him, Gampus brother wants everyone to get back to nature, the Academy enters a mysterious space void, a warrior in suspended animation comes with a ticking bomb and Gampus lady friend is trapped on a far-off planet threatened by a supernova. 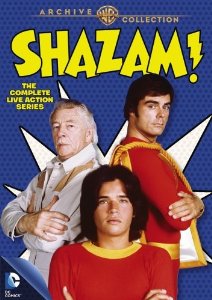 Animals like a hawk and a bear are trained to perform rescues by a man and his two teenage sons calling themselves the Alpha Team. Together they rescue hikers trapped in quicksand, a motorcyclist trapped in a ravine, and apprehend a ruthless poacher.

The World Champion boxer provided his own voice for what was basically the animated adventures of a modern-day, continent hopping Robin Hood.

Muhammad Ali was replaced by Pink Panther reruns. Oh yeah, cancel the black man and replace him with the WHAT panther?!? I do not make this stuff up!

Apparently no one thought a show about a gang that leaves graffiti in its wake would be a bad role model for kids.

Like so many other Saturday shows,Wonderbugwas all about kids fighting crime.

The show expanded to 90 minutes midseason. By 1985, the series bloated to fill two and a half hours.

Adventures of the black stallion Thunder and his two young companions Cindy and Willie Williams who, get into tight spots caused by others misdeeds and thoughtlessness.

This series didnt even make it through one round, Ali was on the mat in January when NBC revamped their entire kidvid line-up.

The kids were called the Red Hand Gang because they left red hand prints to direct the gang to clues. 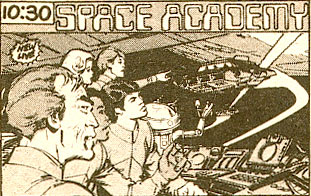 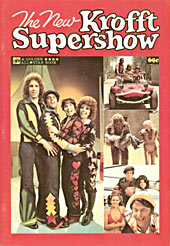 Guest stars included Dick Martin and Dwight Twilley Band. The bassist in this clip is Tom Petty. A song about drinking?

Oh yes, and their monkey Gleek was along as well.

Another year for Batman on Saturday mornings, this time with some changes – most notably the added Batmite character.

This season the group was joined by the adventures ofBigfoot and the teenager he raised known as Wildboywho did a lot of running and jumping while fighting criminals and shady persons with ecologically unsound principles.

In the next story arc the youngsters foiled a jewelry thief, after that they solved the mystery of a museum robbery after beingtrapped with a monkey in a cage- then found themselves canceled in January.

Smokey Robinson was on the 1977 season opener, along with Kaptain Kool and the Kongs making another of their desperate appearances.

Sarahs Summer of the Swan was about a girls awkward adolescence.

One was a Wagon Wheel… two crackers and a hunk of cheese. Another was Sunshine on a Stick made by pouring orange juice into ice cube trays, spearing them with toothpicks, and making little popsicles. It is a very fond memory.

Also seen: Wonder Wheels (a rip off of the Krofft Supershows Wonder Bug) and another haphazardly produced cartoon series, Woofer and Wimper (actually re titledClue Clubreruns).

Second season for Kaptain Kool (Michael Lembeck) and the Kongs and their bizarre spectacle of a TV show, with new features for 1977.

The opening show found the three facing a forest firestarted by a prankster.

Batman and Robin were voiced by Adam West and Burt Ward, stars of the campy prime time Batman series (1966-68).

Wonderbugsegments were also repeated from the previous year. Three teens rebuild a junked dune buggy – somehow a magic horn gives it the power of flight and a personality.