DESTINY HAS ARRIVED There was an ideato bring together a group of remarkable people.to see if we could become something moreso when they need us, we could fight the

Back in 2001, the comedian group of guys who went by the stage name of Broken Lizard released their sophomore feature length filmSuper Troopers. The movie, which was directed by Broken Lizard member Jay Chandrasekhar and written by group, followed the misadventures of five highway patrol troopers who, through crazy angst and comedic gags, undercover a drug smuggling operation in their Vermont town. The movie itself is choke full of humorous bit, finding Broken Lizards comedic spread throughout the entire movie, producing a film endeavor thats a vehicle playground for the group of longtime comedian friends as highway police officers. WhileSuper Troopersonly made a very mild splash during its box office run, which is not bad considering the movie made roughly $23 million against its $ 3 million production budget) as well as facing mixed reviews from critics, the movie itself found its popularity on home release. From there, the movie gained a cult-following with many adolescent teens and college adults finding their comedic style of Broken LizardsSuper Troopersto their liking. While Broken Lizard did go on to create another feature films, includingClub Dreadin 2004 andBeerfestin 2006, the films themselves didnt have the same cult-following fanbase as didSuper Troopershas achieved. Now, almost seventeen years sinceSuper Trooperswas released, Fox Searchlight Pictures and director Jay Chandrasekhar present the long-awaited sequel to the 2001 film with the movieSuper Troopers 2. Do guys of Broken Lizard find their comedic groove within this belated sequel or has the current age of moviegoers / viewers grown up and moved away from the comedy styles of this group?Read more

You know the drill, intercept the convoy and watch for Cable as 20th Century Fox releases the final trailer for the upcoming superhero sequel filmDeadpool 2. View trailer below.Read more

The Parr family is back and ready for another superhero adventure as Disney / Pixar releases the official theatrical trailer for the upcoming animated sequelIncredibles 2. View trailer below.Read more

Ant-Man and the Wasp Official Trailer2

The legendary outlaw thief gets a cinematic upgrade as Liongate / Summit Entertainment releases the official teaser trailer for their upcoming film Robin Hood. View trailer below.

AN UNWANTED REMAKE FROM HOLLYWOOD Back in 1987, the same here when movies such as Wall Street, Good Morning, Vietnam, Dirty Dancing, Full Metal Jacket, and the Princess Bride

Real heroes, not actually size as Marvel Studios releases the newest official trailer for their upcoming superhero feature Ant-Man and the Wasp. View trailer below. 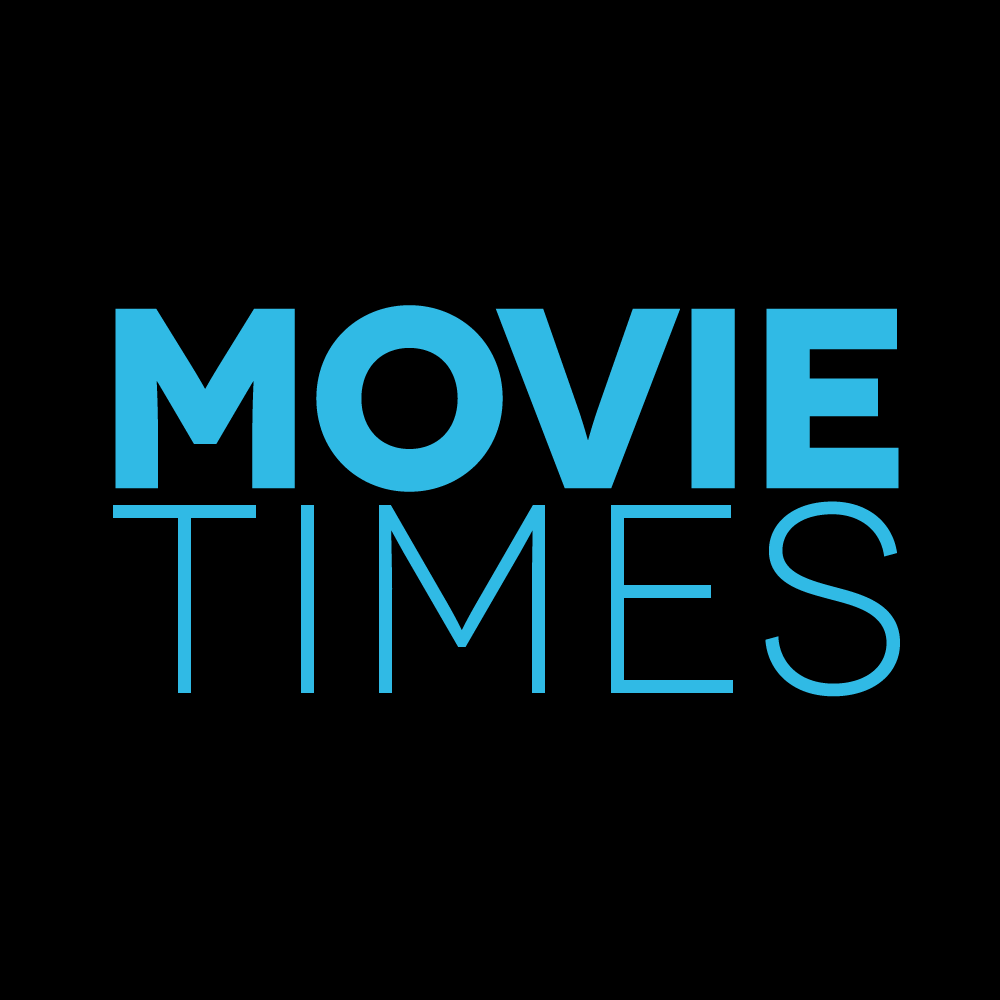 Rest assured, Im back now and I hope to have some new reviews for you guys in the coming weeks/ months. Most recently, I was given the opportunity to check out some of the films from the 15thedition of the Calgary Underground Film Festival *one of the top rated Genre Festivals in Canada* which Im really excited to talk about.  The festival just wrapped up and while I was unable to attend in person this year *due to work and other obligations* I was able to see some of the most buzzed about films in the lineup with the help of screeners and the PR agents who were willing to help me out in exchange for the coverage.  I will be posting these reviews as I can over the next couple of weeks so stay tuned. Im still working. Im just going to force myself to find the time to write because Ive missed it.Read more

What does it mean it pretty? What does it mean to me beautiful in anothers eyes? What will it take (personally) to achieve that goal? How are you willing to go reach that status? These types of questions made be dubbed superfluous by some to even pose such a question, but its almost a universal / fundamental question that all everyone asks themselves (be it publicly or in private). The sayings that Beauty is only skin deep and Its what on the inside that counts are always positive reinforcements to oneself, but its hard to measure what many deem as beautiful, especially with societys almost jaded views on prettiness. This can cause a person to have low self-esteem / self-worth, lacking the confidence to go out and face the world without being judged by the public. This is even further judged harder given the rise of the various social media outlets in todays world, body shamming individuals and objectifying people. Again, its really a universal question that literally almost everyone asks themselves regardless of gender, sex, religion, monetary status, or political stance. In the world of Hollywood movies, films have usually tackled such ideas in a wide variety feature films from hard-hitting dramas to more lighthearted romantic comedies. Now STX films and Huayi Brothers Pictures and duo directors Abby Kohn and Marc Silverstein present the newest motion picture to present such self-identity issues with the filmI Feel Pretty. Does this movie tackle its message head on with cinematic warmth and heart or is it just a shallow endeavor from Hollywood?Read more

EVERY MAZE HAS AN END A bleak futuristic setting, a tyrannical government that holds dominance over the people, and courageous young people fighting to change the tide. Yes, Im

Its almost commonplace to say that video games have evolved with the changing of times and the new generation of gamers that play them. However, adapting video games into feature length movies has been always being a bumpy road, plague with multiple reasons that make the film itself falter from being truly great cinematic representation of its source material. Some of have called it the video game movie curse, suggesting that any feature of which is adapted from a video game is doomed right from the start and its been an ongoing continuation with every new video game movie release. Looking back there has been many popular video games that have been adapted to the big screen, including Nintendos classic Super Mario Bros (1993sSuper Mario Bros.), Capcoms survival horror Resident Evil (2002-2016sResident Evilseries), Blizzards fantasy strategy Warcraft (2016sWarcraftorWarcraft: TheBeginningin international territories), Core Design / Square Enixs action adventure platforming Tomb Raider (2001-2018sTomb Raiderfilms series), Ubisofts time-traveling action adventures Assassins Creed (2016sAssassins Creed), Square Enixs immersive JRPG Final Fantasy (2001, 2005, and 2016sFinal Fantasymovies), and many others. There are multiple reasons as to why these features mostly fail and / or dont fully pan out with critics and moviegoers with different variations and reasons behind each one. Whether too gimmicky, lack of characterization, too much exposition plot, too much world-building, or even completely changing everything to make the film almost unrecognizable to its video game counterpoint. Regardless, movies based on video games are still being produced, with each one trying to break the infamous video game movie curse and appeal to both its fans and to general moviegoers everywhere. Now, Warner Bros. Pictures / New Line Cinema and director Brad Peyton give the classic Midway Games arcade game a cinematic representation with the filmRampage. Does this movie finally break the curse on video game adaptations or is it just a mindless and dumb endeavor?Read more

As many of you have probably noticed, I have been absent on Jasons site for quite a few months now. My reason behind this isnt the best excuse but basically Ive been very busy at work and havent been unable to keep up with my writing as of late.  Ive still been watching lots of movies *mostly on my days off which I usually spend at the local multiplex* but I havent had the time to do any reviews/coverage as of late as I have had to make sacrifices in order to make a living.

Having this much fun is a crime as Warner Bros. Pictures releases the second official trailer for their all-female upcomingOceans 11spin-off movieOceans 8. View trailer below.Read more

Since the days of filmmaking began many, many years ago, motion pictures have flourished into a wide array of genres that tackle many moods, tone, and emotions to give its viewers an entertaining experience. Some makes us laugh, some make us, cry, some make us fascinated, and some, most notably within the horror genre, make us scared. The film genre of horror has been around for quite some time, creating a plenitude of feature films that scary, creep, and sometimes downright horrify its viewers, drawing up on the fears and dark imaginations that go bump in the night. Like many genres out there, horror movies have slightly different variations in their narrative and context, expanding upon many things from monster creature features like 1935sFrankenstein, 1954sCreaturefromthe Black Lagoon, 1984sGremlins, to the teen slashers like 1978sHalloween, 1984sA Nightmare on Elm Street, and 1996sScream, to paranormal flicks like 1982sPoltergeist, 2002sThe Ring, and 2013sTheConjuring, and to even supernatural nightmarish tales like 1973s TheExorcist, 1976sCarrie, and 1980sThe Shining, Nowadays, the horror genre, much like a lot things, has to evolve, producing more features that had the heavy usage of jump scare tactics as well as bountiful disturbing sequences of bloody / gory within its cinematic context, trying to appease and cater to its more modern demographic of horror viewers. Still, the genre continues to grow and expand, creating some memorable recent hits like 2016sThe WitchandSpilt, and 2017sITbeing some of the prime examples. Now, Paramount Pictures and actor / director John Krasinki present the next intriguing tale from the horror genre with the filmAQuiet Place. Does this movie truly find its scares in its suspenseful tale or does it fail to impress, relying too much on its gimmicky premise?Read more