The first stills from the the upcoming sci-fi horror film Shortwave have been released, just before the film begins its festival run with a premier at Dances With Films in Hollywood on Saturday June 4. Shortwave is produced by Tony Mancilla and Lindsay Lanzillotta, two of the producers of Sitges winner The Invitation, as well as director, writer and editor Ryan Gregory Phillips, who is making his directorial debut. Come on inside for your first ntinue Reading

The first trailer is out for writer and director Mickey Keatings new horror film Carnage Park, which promises to be a brutal one. After releasing in select theaters in New York and Los Angeles on July 1, as well as on cable on demand and various VOD film will goo on to play in further cities nationwide. Come on inside for details and the official ntinue Reading 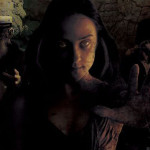 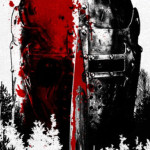 Expanding the universe introduced in the hit franchise that electrified the culture and earned US-$200 million at the worldwide box office, Universal Pictures The Purge: Election Year reveals the next terrifying chapter that occurs over twelve hours of annual lawlessness sanctioned by the New Founders of America to keep the country great. Come on and check out the brand new trailer and poster ntinue Reading 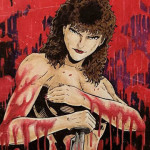 Dimension Films and Anchor Bay Entertainment have released the official trailer for the forthcoming horror feature clown, directed by Jon Watts, who co-wrote the script with Christopher Ford. Produced by Eli Roth, the film will be released in select theaters and on VOD June 17. Come on inside for details and the official ntinue Reading 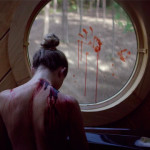 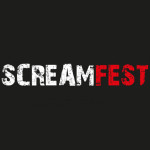 Horror Channel and FrightFest have agreed a three-year partnership deal, which sees the CBS Studios International/AMC Networks International, UK owned channel become headline sponsor for the UKs biggest and most popular genre film festival. Come on inside for ntinue Reading

Inspired by the unfinished story from the original master of horror, Edgar Allan Poe, the forthcoming horror film Lighthouse Keeper is an old-fashioned gothic tale with an emphasis on atmosphere, story, and macabre chills in the vein of Roger Cormans Poe adaptations from the sixties, starring fan favorite Vernon G. Wells (Road Warrior, Commando). Thunderhead Entertainment has now released the first trailer, so come on inside and check it ntinue Reading

The riveting French psychological thriller Fever centers around two teenagers who unaccountably kill a random woman and seemingly get away with it. The drama marks the directorial debut of photographer Raphaël Neal, stars two mesmerizing performances from young actors Pierre Moure and Martin Loizillon and features a soundtrack from French pop singer Camille. Come on inside for details and the official ntinue Reading

Shivers Entertainment is a new film distribution company based in Victoria, British Columbia, Canada. Developed by long time exploitation film fan Brenin Barrow, the first major release for Shivers Entertainment is the disturbing Canuxploitation film Massacre Up North. The shot-on-video slasher claims to be one of the bloodiest titles to ever come out of Canada. Full of gore, terror and nudity, Massacre Up North involves one mans deadly trail of destruction in a mall town. Come on inside for details and the first official ntinue Reading 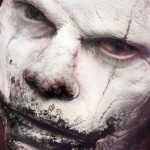 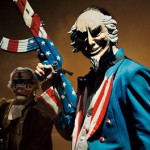 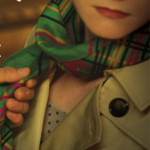 The Draculina Gore Trilogy is complete. SRS Cinema will be releasing two ultra-rare movies from the earliest days of shot-on-video motion pictures: Hugh Gallaghers Gorgasm as well as his very first work with the title Dead Silence. Both films will be available on limited editio Blu-ray and, of course, on VHS. Come on inside for details and the release trailer for ntinue Reading 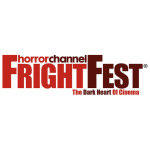 Enter your email address to subscribe to HorrorBug and stay on top of all things horror!

Americas largest and longest running horror film festival, Screamfest, has announced that the 16th annual event will take place from October 18 to 27, 2016 at the TCL Chinese 6 Theatres in Hollywood. Actress Lydia Hearst (Condemned, Horror) will serve as ambassador for the festival. Come on inside for ntinue Reading