Janet Dacal (Loretta)makes her Paper Mill Playhouse debut inThe Sting. She most recently starred inHal Princes Prince of Broadway, playing multiple roles including Evita, Aurora inKiss of the Spider Woman, and Sydney in Its a BirdIts a Plane.She created the role of Alice in Frank WildhornsWonderland. She played the lead, Nina Rosario, inIn the Heightsafter originating the role of Carla in the Off Broadway and Broadway productions, for which she received a Drama Desk Award. Additional favorite roles include Rosie inBye Bye Birdie, Kathy inThe Last Five Years, and Maria Merelli inLend Me a Tenor.

Sign up to be among the first to learn about what new things are happening at Paper Mill Playhouse. (All Fields Required.)

Tickets are on sale now starting at $34. Tickets may be purchased by calling 973.376.4343, at the Paper Mill Playhouse Box Office at 22 Brookside Drive in Millburn, oronline by clicking here. Visa, MasterCard, Discover, and American Express accepted.Groups of 10 or more can receive up to a 40% discounton tickets and should call 973.315.1680.Students may order $23 rush ticketsover the phone or in person at the Paper Mill Playhouse box office on the day of the performance. Paper Mill Playhouses 20172018 season is proudly sponsored by Investors Bank.

Q&A with the Cast:After the matinee on Saturday, April 28, stick around for a lively Q&A with cast members directly following the performance.

Greg Kotis (Lyrics)is the author of many plays and musicals includingUrinetown(book/lyrics, for which he won an Obie Award and two Tony Awards),Lunchtime, Give the People What They Want, Michael von Siebenburg Melts Through the Floorboards, Yeast Nation(book/lyrics),The Truth About Santa, Pig Farm, Eat the Taste, andJobey and Katherine. Future projects include ZM, a new musical that follows two teenage fast-food workers as they struggle to survive a foodborne zombie apocalypse. Greg is a member of ASCAP and the Dramatists Guild and is a cofounder of Theater of the Apes.

Based on the Universal Pictures Film

PAPER MILL PLAYHOUSE, a not-for-profit arts organization under the direction of Mark S. Hoebee (Producing Artistic Director) and Todd Schmidt (Managing Director) and recipient of the 2016 Regional Theatre Tony Award, is one of the countrys leading regional theaters. Paper Mill Playhouse programs are made possible, in part, by funds from the New Jersey State Council on the Arts, a partner agency of the National Endowment for the Arts. Paper Mill Playhouse is a member of the National Alliance for Musical Theatre, the Council of Stock Theatres, and the New Jersey Theatre Alliance.

We wish the cast, crew and all involved in the production of The Sting a fantastic first night and a wonderful run. We are eager to see the culmination of their hard work and inventive energy.

Beowulf Boritt (Scenic Design). Paper Mill: The Honeymooners, A Bronx Tale. Broadway: Act One (Tony Award), The Scottsboro Boys (Tony nomination), Thrse Raquin (Tony nomination), On the Town, Chaplin, Come from Away, Meteor Shower, Prince of Broadway, Sunday in the Park with George (2017), A Bronx Tale, Hand to God, Sondheim on Sondheim, Spelling Bee, Lovemusik, Rock of Ages, Bronx Bombers, Grace, The Two and Only. Off Broadway: 100 shows including The Last Five Years, The Toxic Avenger, and Miss Julie. Work ranges from NYC Ballet to the Ringling Bros. Circus and internationally in England, Russia, China, Australia, and Japan. He received the 2007 Obie Award for Sustained Excellence in Set Design.

Paper Mill Playhouse has announced the cast and creative team of the world premiere production of the new musicalThe Sting, based on the 1973 film, and with book by Bob Martin, music and lyrics by Mark Hollmann & Greg Kotis with Harry Connick, Jr. In addition, the score will contain music by Scott Joplin including The Entertainer. John Rando is set to direct with choreography by Warren Carlyle and music direction by Fred Lassen. The Broadway-bound engagement ofThe Stingbegins performances on Thursday, March 29, 2018, for a limited engagement through Sunday, April 29, 2018, in Millburn, NJ. Opening Night is Sunday, April 8, 2018, at 7:00PM JPMorgan Chase & Co. is the Major Sponsor ofThe Sting.

Randy Hansen (Sound Design). Randy has designed sound for more than 150 musicals and 50 plays. Many memorable moments include working with the opera star Jessye Norman, the Indianapolis and Baltimore Symphony Orchestras, and the Macys Thanksgiving Day Parade. Having recently opened a national tour of The Little Mermaid, Randy is thrilled to be back at Paper Mill for The Sting. In New York City he was the president of Audible Difference, Inc., a sound design company that over the past 30 years has served the fashion industry in New York and Paris.

At J.P. Morgan we see the arts as valuable expressions of creative ideas, that have a real and lasting benefit to society,

John Rando (Director). Select Broadway:On the Town(Tony nomination),Penn & Teller on Broadway, A Christmas Story, The Wedding Singer, Urinetown(Tony, Outer Critics Circle Awards),A Thousand Clowns, The Dinner Party. Off Broadway:Jerry Springer: The Opera, Lives of the Saints, The Heir Apparent(SDCF Callaway Award),All in the Timing(Obie Award),The Toxic Avenger, among others. Recent regional:The Honeymooners(Paper Mill),Pirates of Penzance (Barrington),Big Sky(Geffen Playhouse). City Center Encores!:The New Yorkers, Annie Get Your Gun, Little Me, Its a BirdIts a Plane, Gentlemen Prefer Blondes, On the Town, Damn Yankees, Strike Up the Band, The Pajama Game, Of Thee I Sing, and more. He also directedCarouselfor the New York Philharmonic.

Chicago. 1936. Get ready to enter a smoke-filled world of cons and capers, where nothing is what it seems and no one is who they appear to be. Based on the 1973 Academy Award-winning film,The Stingtells the tale of a pair of con men, small town grifter Johnny Hooker and big-time hustler Henry Gondorff (Harry Connick, Jr.), who plot to bring down the citys most corrupt racketeer. The Sting takes you back to an era where jazz reigns, the stakes are high, and the dice are always loaded.

Conversation Club:Join us Thursday evenings, March 29, April 5, 12 or 19, one hour before curtain for an informal, informative gathering. Youll learn more about the performance youre about to see. 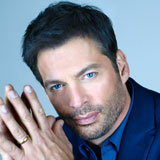 Cookie Jordan (Makeup Design). Paper Mill: Lend Me a Tenor. Broadway: Once on This Island, Sunday in the Park, In Transit, Eclipsed, Side Show, After Midnight, Fela!, A View from the Bridge, South Pacific, others. Off Broadway: Jesus Hopped the A Train, In the Blood, The Death of the Last Black Man (Signature); Is God Is (Soho Rep); Kid Victory (Vineyard); A Midsummer Nights Dream, Troilus and Cressida, Party People, The Total Bent (Public); He Brought Her Heart Back in a Box, Measure for Measure (TFANA). National Tours: Fela! (also Europe), Dirty Dancing, Flashdance. Regional: Hartford Stage, A.R.T., La Jolla, Goodspeed, Dallas Theater Center, McCarter, Berkeley Rep, Goodman. Emmy nomination for NBCs The Wiz Live!.

Paul Tazewell (Costume Design)designed the original Broadway production of the Pulitzer Prize and Tony Awardwinning Hamilton. Other Broadway: In the Heights; The Color Purple; Dr. Zhivago; Memphis; Caroline, or Change; Elaine Stritch at Liberty; Bring in da Noise, Bring in da Funk; Russell Simmons Def Poetry Jam; Lombardi; Magic/Bird. Broadway revivals: Side Show, A Streetcar Named Desire, Jesus Christ Superstar, Guys and Dolls, A Raisin in the Sun, On the Town. In 2016, Paul received a Tony Award for Hamilton and an Emmy Award for The Wiz Live! on NBC. He also designed The Immortal Life of Henrietta Lacks starring Oprah Winfrey for HBO Films and Jesus Christ Superstar Live! for NBC.

a multiple Grammy and Emmy winner, began performing in his native New Orleans at age five. He has released 30 albums, highlighting his talents as pianist, singer, songwriter, composer, and orchestrator, garnering over 28 million sales. Connick received Tony nominations for his performance as Sid Sorokin in(directed by Susan Stroman). He last performed on Broadway in, following the 2010 run of Harry Connick, Jr. in Concert on Broadway, which marked the 20th anniversary of his first sold-out concert series on Broadway. He has appeared in 19 films includingwith Sigourney Weaver, and on television (American Idol, Will & Grace, South Pacific). In the fall of 2016, he launched Harry, a nationally syndicated daytime television show featuring his touring band, which earned five Daytime Emmy nominations in its first season, including best host, and a Critics Choice nomination for best talk show. Connick received the Jefferson Award for Public Service in recognition of his efforts to help New Orleans rebuild after the devastation of Hurricane Katrina.

Open until 9:00PM on performance days

The Directors Viewpoint:One hour before curtain at 6:00PM on Wednesday, April 4, we host a pre-show discussion in the Renee Foosaner Art Gallery.

Mark Hollmann (Music & Lyrics) won the Tony Award, the National Broadway Theatre Award, and the Obie Award for his music and lyrics toUrinetown: The Musical.His other shows as composer/lyricist include Yeast Nation and Bigfoot and Other Lost Souls. He is a member of the American Society of Composers, Authors, and Publishers (ASCAP), serves on the council of the Dramatists Guild of America, and has served on the Tony Nominating Committee.

Paper Mill Playhouse,a leader in accessibility, will offer audio-described performances forThe Stingon Sunday, April 22, at 1:30PM and Saturday, April 28, at 1:30PM. Prior to these performances at noon, the theater will offer free sensory seminars. Sensory seminars offer an opportunity for patrons with vision loss to hear a live, in-depth description of the production elements of the show and hands-on interaction with key sets, props, and costumes. There will be a sign-interpreted and open-captioned performance on Sunday, April 29, at 7:00PM.