Using the unparalleled sharpness and ultraviolet observational capabilities of the NASA/ESA Hubble Space Telescope, an international team of astronomers has created the most comprehensive high-resolution ultraviolet-light survey of star-forming galaxies in the local Universe. The catalogue contains about 8000 clusters and 39 million hot blue stars. 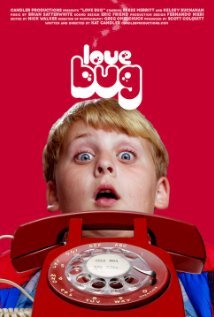 Though it resembles a peaceful rose swirling in the darkness of the cosmos, NGC 3256 is actually the site of a violent clash. This distorted galaxy is the relic of a collision between two spiral galaxies, estimated to have occurred 500 million years ago. Today it is still reeling in the aftermath of this event.

Free orders for educators and media

Cosmic collision lights up the darkness

Most detailed image of the Crab Nebula

Our Place in Space to open in Vienna

An international team of astronomers using the NASA/ESA Hubble Space Telescope and the European Southern Observatorys Very Large Telescope has made the most precise test of general relativity yet outside our Milky Way. The nearby galaxy ESO 325-G004 acts as a strong gravitational lens, distorting light from a distant galaxy behind it to create an Einstein ring around its centre. By comparing the mass of ESO 325-G004 with the curvature of space around it, the astronomers found that gravity on these astronomical length-scales behaves as predicted by general relativity. This rules out some alternative theories of gravity.

Hubble sees `Oumuamua getting a boost

New view of the Pillars of Creation visible

Step-by-step guide to making your own images

The Eagle has risen: stellar spire in the Eagle Nebula

Out of this whirl: The Whirlpool Galaxy (M51) and companion galaxy

Hubblecast 109: Diving into the Lagoon Nebula

How to find hidden treasures in the archive

Hubblecast 102: Taking the fingerprints of exoplanets

Our Place in Space exhibition to be held in Chiavenna

`Oumuamua, the first interstellar object discovered in the Solar System, is moving away from the Sun faster than expected. This anomalous behaviour was detected using the NASA/ESA Hubble Space Telescope in cooperation with ground-based telescopes. The new results suggest that `Oumuamua is most likely a comet and not an asteroid. The discovery appears in the journal Nature.

Our Place in Space launched in Vienna

The Universe Through the Eyes of Hubble