Big Bird and Snuffy ask Maria if shes seen a cabbage, because they appear to be missing one of their eight cabbages. She tells them to retrace their steps, and they start walking backwards.

Two monkeys argue over what to watch on TV, growing bigger the angrier they get.

Big Bird and Snuffy count the cabbages they have, which add up to 8. They put them in the wagon, but accidentally leave one behind. Chicago finds it, and is surprised to find that it doesnt move when he tries to chase it. Luis tells him that vegetables cant run, and offers to help him with his exercise.

In a spoof of theMetro-Goldwyn-Mayerintro,Chicagodeclares he andthe kidsare going hunting today.

Ernie & BertErnietries to put a pot onBerts head. Bert asks Ernie why hes doing that, and Ernie says that he broke a cookie jar. Ernie has to put the cookies somewhere, so he put them in the sugar bowl and put the sugar in the flowerpot, which meant that he had to put the flower in a milk bottle. He put the milk in the soda bottle, the soda into the fishbowl, and the fish in Berts cowboy hat. Bert asks, Now what am I going to wear when I want to play cowboy? Ernie puts the pot on Berts head and says, Ride em, cowboy, Bert!

A peasant tries to woo a pretty girl by reciting the famous Roses are Red poem. The lines are fed to him by a poet behind a bush, whom she eventually runs off with.

I Can Remember: A little girl remembers what to buy at the store (A loaf of bread, a container of milk, and a stick of butter) by visualizing her mother giving the instructions.

With the help of the kids and grown-ups, Chicago sings about how hes aVegetable Lion. The others all provide him with fruits and vegetables as he mentions them in the song. 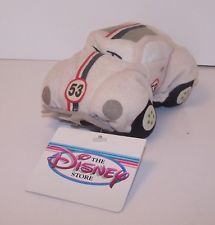 Big Bird, Snuffy, Chicago and the kids have finished their meal of cabbage a la mode, and are now sleepy. Big Bird and Snuffy announce the sponsors quietly as Chicago roars in his sleep.

Snuffy comes back, fearful that Chicago will roar again, but is reassured by Maria that he has a new quiet roar. Snuffy is now calm, until Chicago demonstrates the way he used to roar. Its a jungle out here, he remarks.

Elmoloudly interruptsKermits demonstration of quiet and loud. Elmo loudly insists on helping Kermit demonstrate the difference, and Kermit manages to get Elmo to whisper as they talk about being quiet.

Tellyis shocked to seeLittle Chrissy and the Alphabeatsat the library. They explain that in addition to being rock stars, theyre alsoRock N Roll Readers.

At the Fix-it Shop, Snuffy waits for Maria to finish fixing his wagon. Chicago comes by, still hunting for vegetables, and lets out a hungry roar, scaring Snuffy away. Maria suggests that he roar more quietly, and he seems to have trouble grasping the concept at first, until she shows him how to do it.