Edward Andrews was a versatile character actor, that could portray a range of characters; from a demanding boss, a wiley businessman, a strict disciplinarian of some type, to the jovial, grandfatherly type or the genial, small-town businessman.

After the University of Virginia, Edward became a successful stage actor, beginning in 1935; the same year that he progressed to BROADWAY shows. WW 2 came along, and Edward joined the fight. After the war, he returned to Broadway, and was in They Knew What They Wanted, The Silver Whistle, I Am a Camera, A Visit to a Small Planet, and The Gazebo, just to name of few. 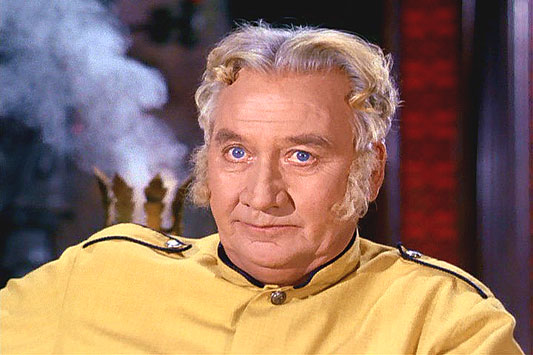 The year 1955 was a special one for Edward. He was in his second film, and won some attention for his performance as the dastardly villain, Rhett Tanner, in The PHenix City Story. Also, Edward married the love of his life, Emily J. Barnes, on August 25th, 1955, and it lasted a lifetime. They had three children: two daughters, Abigail and Tabitha, and a son, Edward III.

Edward was bitten by the acting bug when he was twelve, after having a walk-on part in a stock theatre production.

Because of his talent and love for acting, Edward made a fine living as a character actor, racking up 180 performances in films and TV.

Andrews last film was GREMLINS in 1984. On March 8th, 1985, Edward Andrews died of a heart attack in Santa Monica, California at the age of seventy.

Edward Andrews was born on October 9th, 1914, in Griffin, Georgia, the son of a Episcopal minister. He grew up in Pittsburg, Pennsylvania, Cleveland, Ohio, and Wheeling, West Virginia.