Because of the small hitpoint depletion, the rock cake can be seen widely used by people using theDharoks armoureffect. Some players use this as a method of keeping their hitpoints minimal while training atmonkey guards.

is a quest item used inFreeing the Mountain dwarf, fromRecipe for Disaster, to freeRohaks son from theCulinaromancer. Players must pry the recipe from Rohak with 4 glasses ofAsgoldian alebefore he offers to make you cakes. You will need to bring aneggbowl of waterpot of flour, andbucket of milkto Rohak.Multiple cakes can be acquired after the quest by paying Rohak 100 coins for each one. The ingredients are not required again, although the cake still has to be cooled down again. Note that if the player is trying to get multiple Rock Cakes, you will have to pay for one, then pick it up, then ask for another; if not, the first rock cake you paid for will despawn as the next one is placed over the table.

Even though it says it is as heavy as a brick when its cooled, it weighs nothing.

If players do not haveice glovesequipped, you will take 1 damage whenever you attempt to pick the hot rock cake. Note, that you will not take any damage if you have less than 2 hitpoints, though you will still be unable to pick up the hot rock cake. Players, with 33Magic, canTelegrabthe hot rock cake without taking any damage. However, the cake must be cooled down before players can interact with the cake. Doing so would result in the player taking damage and dropping the cake on the floor. You can cool down the rock cake by picking it up while having ice gloves equipped, going toIce Mountainand killing anIcefiend, or by waiting approximately 4 hours. 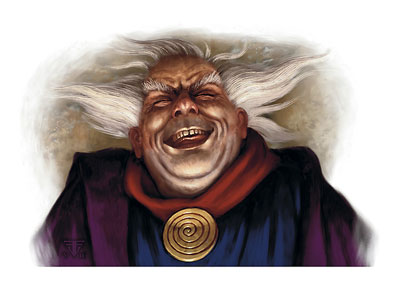 Eating a cooled rock cake results in the message:

You burn your mouth and hands on the hot rock cake and then drop it.

If a player makes two rock cakes during thequestand places a hot rock cake in theirbankafter saving the dwarf, the cake will automatically cool.

Picking up without ice gloves equipped:

Rock cakes used to be able to rapidly lower a players hitpoints or even possibly kill themselves, but this was changed in an update.

The cake is also used inNightmare Zonefor dharoking, along withAbsorptionpotions, as having 1 hp will make your absorption last longer. Monsters can only hit how many hp you have (ex. if you have 1 hp NPCs can only hit 1 damage per attack, instead of their normal max hit. This causes you to lose only 1 point of absorption per attack.)

You burn your hands on the hot rock cake and then drop it.

Interacting with the hot rock cake results in different messages after receiving: