season of the Edgar H. Smith Fine Arts Series! The 2017-2018 season includes six fantastic events. This season embodies the spirit of virtuosity, each of the artists presenting their work are each world-class musical personalities with significant historical roots and mastery of their craft. We begin with The Ladybugs, a group that delightfully delivers some of the greatest popular music of the 30s and 40s through the seamless vocals of the groups two singers and its two virtuoso trombonists. They are followed by a rare performance of BodyVoxs Halloween show, BloodyVox. We start off the new year with a group led by Eric Rigler (piper for Braveheart, Titanic, Paul McCartney, and so many more) and multi-talented guitarist Dirk Freymuth performing their PBSshow, quickly followed by master harmonica player Grgoire Maret and his soul inspiring gospel show. In April, three of the worlds greatest guitar players have enthusiastically agreed to share the stage with one another, accompanied by the American Metropole Orchestra in a show inspired by classic guitar music of the last fifty years. The world-renowned New Orleans super-group, the Dirty Dozen Brass Band, takes the stage to finish out our stellar season! 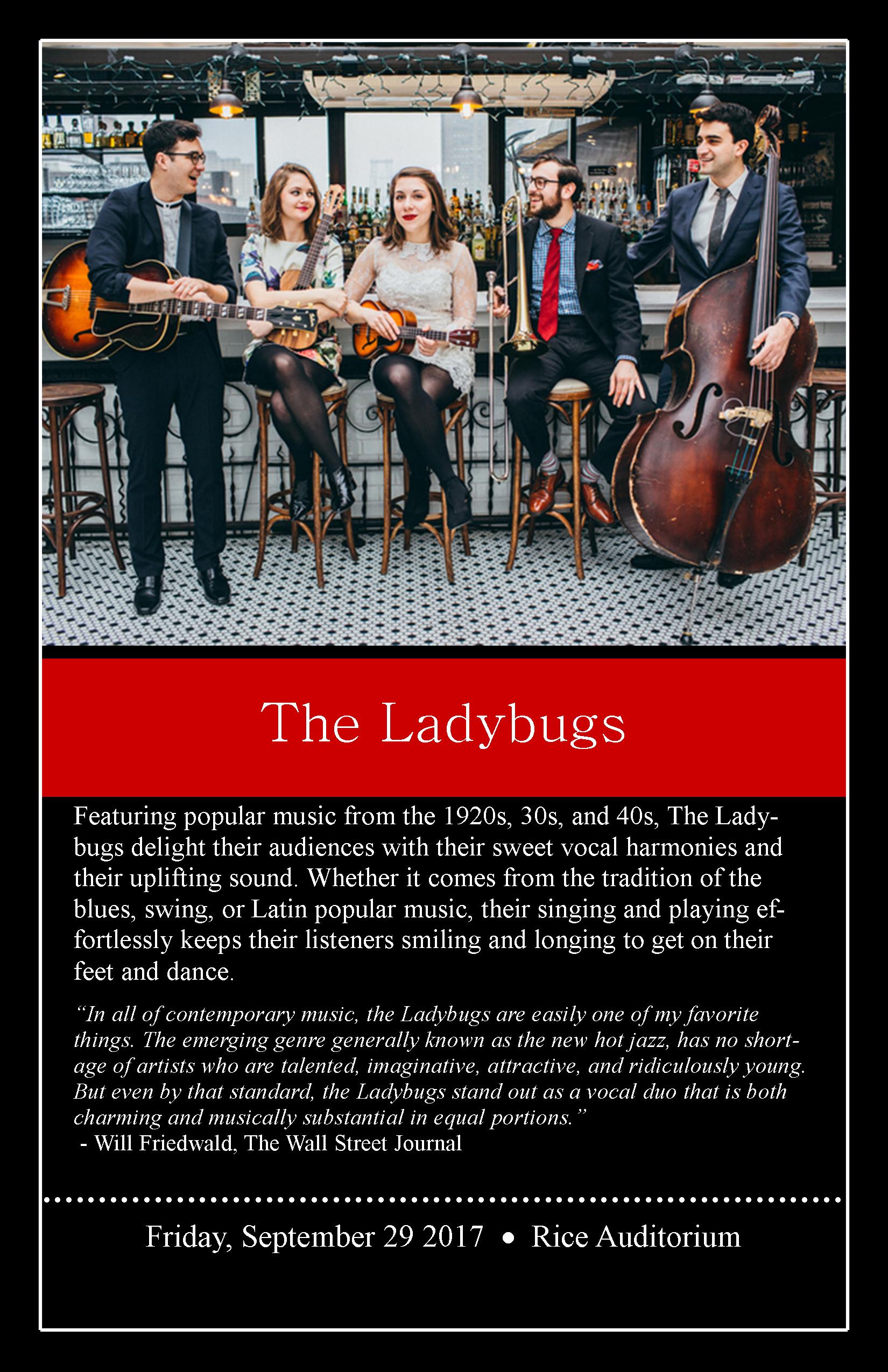 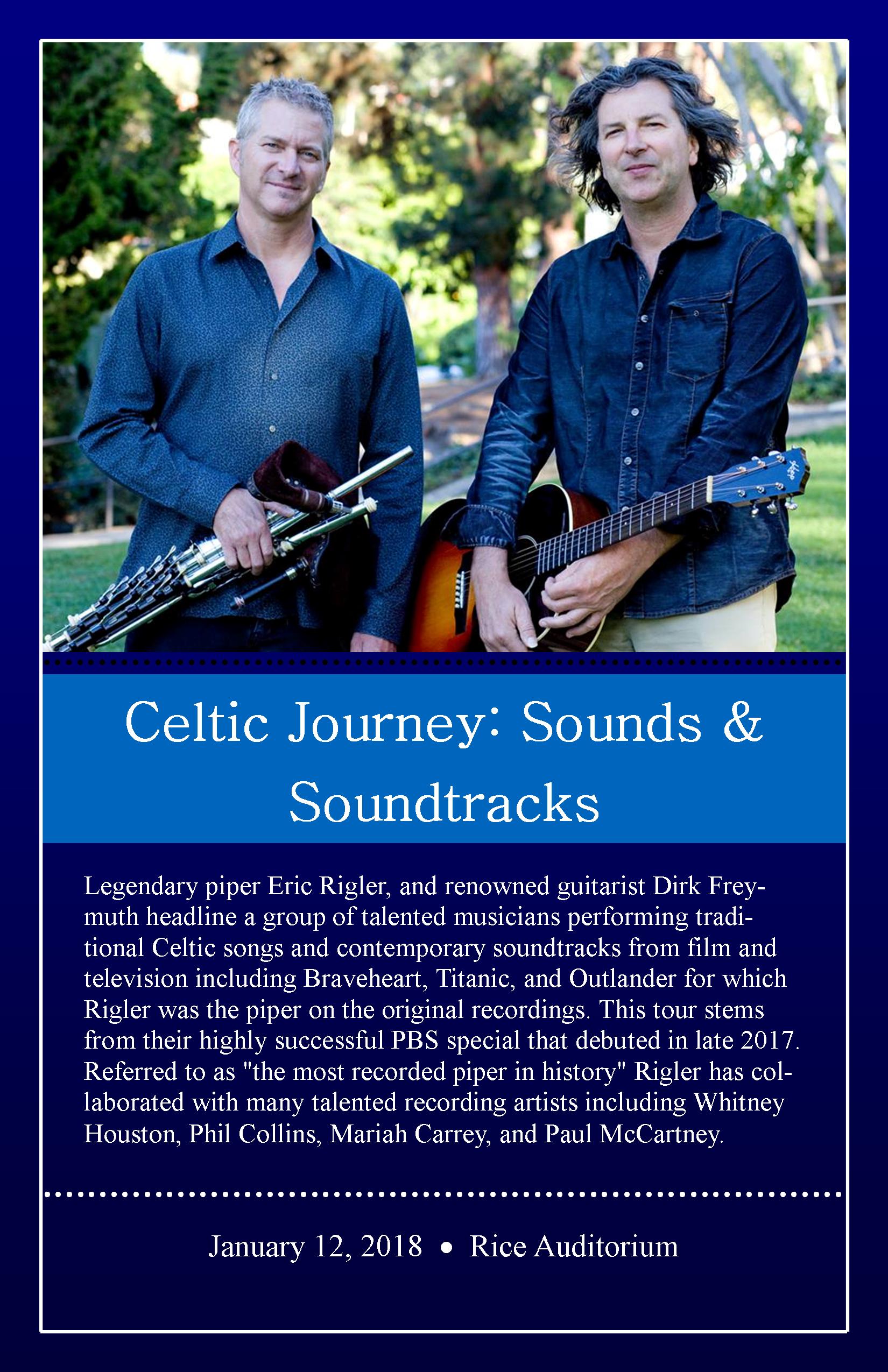 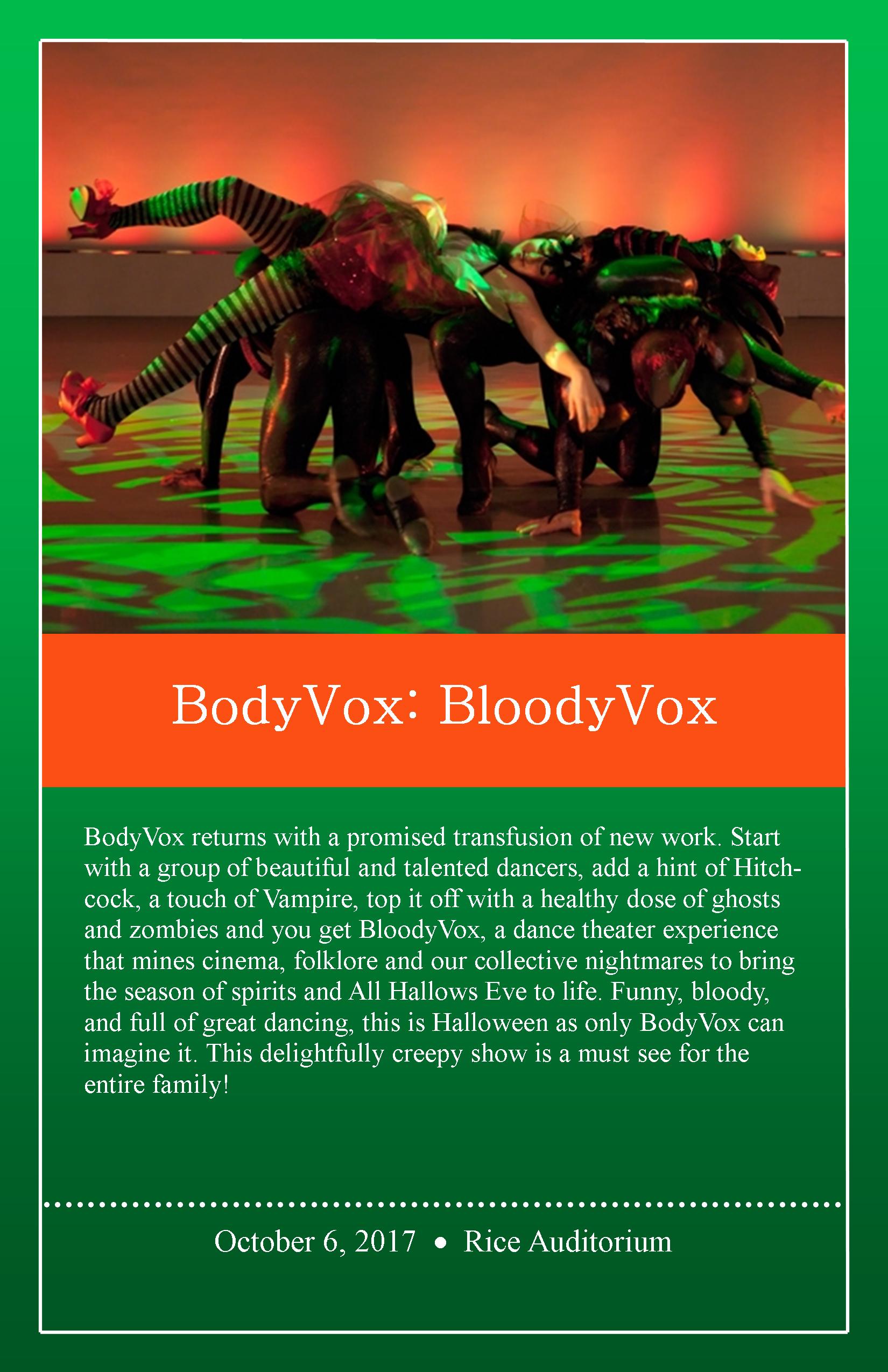 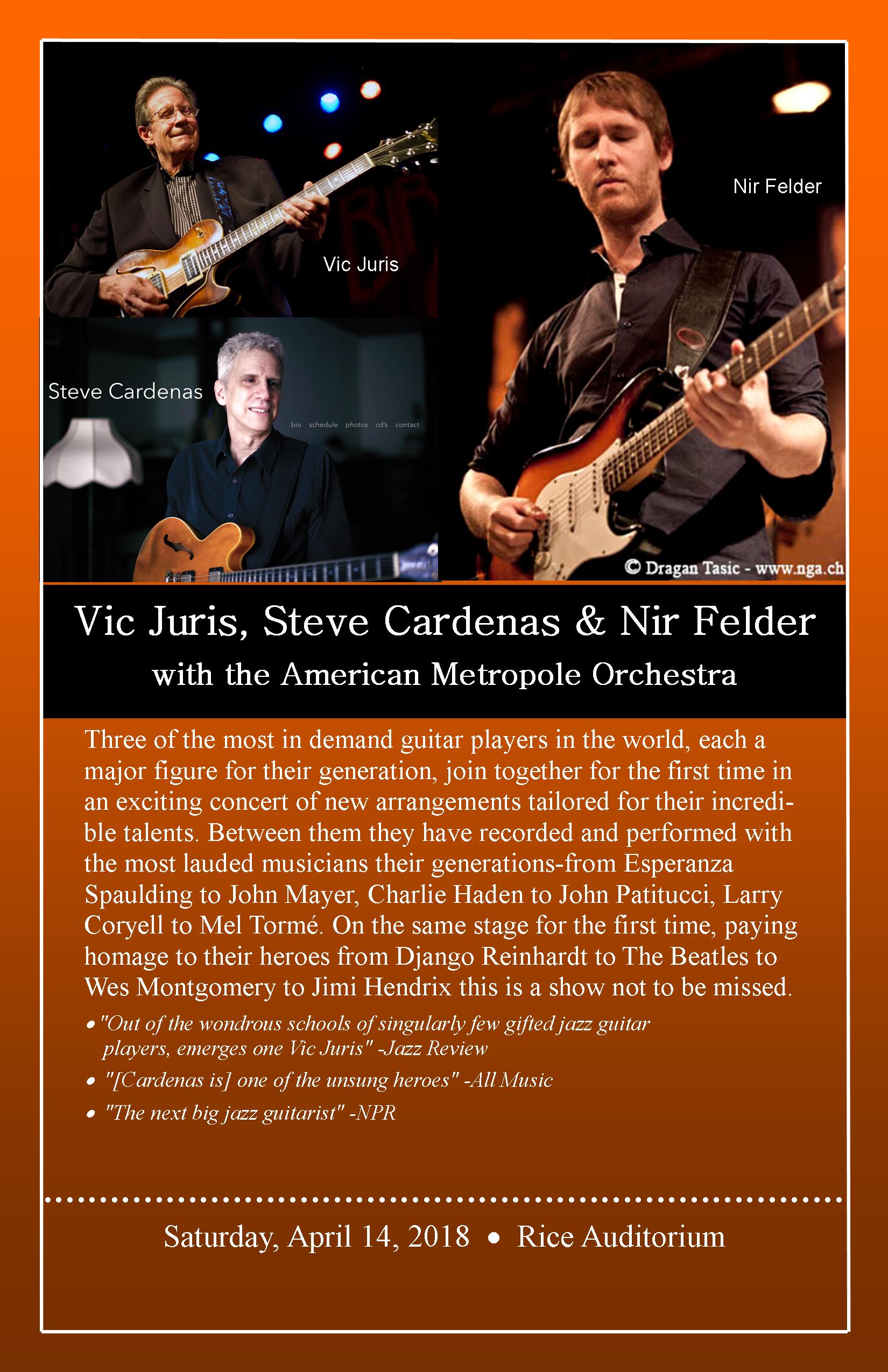