A young misfit man, Willard raises a couple of rats as his only friends – Ben and Socrates. Soon their rat friends also come to stay with him, in increasing numbers. Willard learns to communicate to the rat army through Ben, and uses his army of rats to attack and torment anyone who has caused him any grief over the years. When one of the rats is killed at work, Willard goes on a killing rampage with his army of rats. Things quickly get out of hand.

2 – Willard (2003)The remake is almost as good as the original. Stars Crispin Glover, whose acting exceeds and in some ways makes this remake even better than the original movie.

10 – Rats(2003) aka Killer Rats an asylum is infested with super-smart rats, some with super powers. They communicate telepathically with the caretaker. Its a fun horror movie loaded with eye-glowing rats, starring Ron Perlman and Sara Downing.

The best horror movies with rats, both giant and small. Swarms of rodents, giant killer rats, and mutant super-rats: from Willard to Ben, and more.

13 – Rodentz, aka Altered Species (2003) A lab experiment gone wrong, now a swarm of rats is infected and on the loose.

6 – Of Unknown Origin(1983) stars Petter Weller who faces a rat in his basement and nearly destroys his house and loses his own mind trying to kill it. Good psychological thriller.

Rats, mice,and rodents make for creepy actors in movies. Watch these rat movies with cheese popcorn, and a good trap; and keep your feet off the ground.

5 – Rat Scratch Fever(2011) A space expedition to a remote planet finds giant killer rats that kill the crew of the ship – all except for one survivor. She takes the ship back to Earth, but some of the rats are on-board, and they attack Los Angeles.

A collection of the best of pop culture: lists about movies, books, songs, and TV.

Few creatures are as creepy as rats! Rodents have been a popular theme in horror movies for decades, but only a few of these films ever enjoyed success. Killer rats in movies are popular, but not often with good actors or writing. A few movies rise to the top, with good direction and capable actors. Weve excluded animated and cute rat movies, and focus on horror movies with rats and rodents. These are the top 15 horror movies about rats:

Also check out the creatures that eat rats:

Top 20 Songs About Storms and Hurricanes

The Killer Shrews (1959) resembled rat-type creatures. Not sure what a shrew is, but these things looked like a cross between a rodent and a mop.

Search for movies, songs, or artists:

Best Spider Movies of All Time: Killer Tarantulas on Film

4 – The Food of the Gods(1976) Friends hunting on a remote island find killer rats, and a lot more.

7 – Graveyard Shift(1990) based on the Stephen King story, an old mill is hiding a big secret in its basement…. and she is big with sharp teeth! A giant rat and her swarm of kin arent the only secrets hidden down there.

14 – Nightmares(1987) was a collection of 4 short vignettes, and its final chapter is the Night of the Rat about a family facing off with a giant rat.

3 – Rats: Night of Terror(1984) Apost-apocalyptic moviein which a band of scavengers enter a town infested by rats. Its like Mad Max with rodents. Italian film directed by Bruno Mattei. 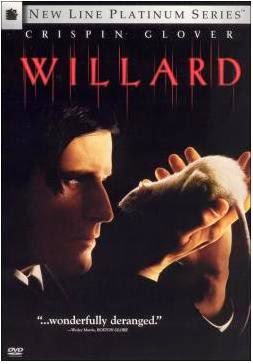