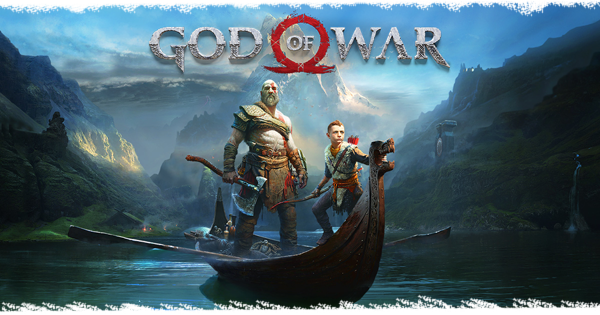 For the uninitiated,God of Waris massively popular video game series for Sony PlayStation, PSP and mobile platforms that ran for seven games from 2005 to 2013. The games were famous (and somewhat infamous) for their visceral depictions of sex and violence, epitomized by the central revenge-seeking character, Kratos. The franchise had been dormant for years, leaving fans to speculate if we would ever again see a continuation of the character.

One rainy November afternoon, over three years ago, I walked into Sony PlayStations Santa Monica Studio to meet with acclaimed music producers Pete Scaturro and Keith Leary to discuss a new, secret project. Our conversation revolved around folk music, Northern European ethnic instruments, vocal writing, classical thematic development, bombastic percussion and, eventually, Greek and Norse mythology.  Wait a minute. I said. Is this a newGod of War? Their hesitant facial expressions told me everything I needed to know. I realized I was about to tumble headfirst into a daunting and challenging dream project.

In my first meeting at Santa Monica Studio, I realized I was witnessing Kratos saga unfold in a surprising new direction, moving away from Greek to Norse mythology. I was brought on board so early that the game had not yet been officially greenlit. There existed only an early build of a prototype level and concept paintings. Yet, these assets showed me that Kratos had matured, that the story would explore deeper themes, and that there was a new central character by his side his son, Atreus. I was intrigued, and excited to dive in.(more)