TheAdtunes Forumsare the premiere ad music community and the best source of advertising music information. Looking for a song from a TV commercial, television show, film trailer or movie?Searchtheforums.

Anyone know the band im talking about?

Does anyone know the rock music thta is featured in the applebees commercial? It sounds like guitar with techno. What is the name of the rock music and the band?

The song is called Boom Boom by Big Head Todd And The Monsters. I belive the song is also in The Longest Yard…

Sorry for posting twice, something stuffed up with my internet…. 😆 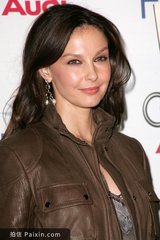 but in the commercials they have it with more guitar and it sounds more like Rock than blues. The guy whos singing seems to have a raspier voice also.

Registerfor a free account and join our community to post messages about the ad music you are looking for or help answer other advertising soundtrack questions. As a registered member, you will have greater access to the site and more features.

All times are GMT -4. The time now is

The bands called Big Head Todd And The Monsters

Adtunes, the leading source of advertising music information, welcomes you!

hey, theres this song thats been played on commercials for like Applebees and such in the past. I know the name of the song and who its orignally by.