[The films final scene is shown as the song I-2-I ends as well, before we hear the famous Goofy Holler]

Doug (vo): So, yeah, kind of a standard story, but what really sets it apart, oddly enough, is the connection between the father and the son. The father just wants to be a part of his sons life, and the son, of course, wants his independence. This could easily be shown through a bunch of throwaway lines and, yeah, theyre in there, too. But actually, theres a lot of quiet and, dare I even say it, kind of mature moments in this movie. I mean, it never goes too far, it always comes back to the fact that its a funny cartoon, but for example. Look at this opening.

Doug (vo): In fact, its actually kind of cool to see Disney animate some modern-day technologies, like whens the last time you saw a hot tub in a Disney film? And really? They dont take their gloves off even when they go swimming? Cartoons are weird.

Doug (vo): The song done by the pop star at the concert is also pretty enjoyable, but mostly for awkward corniness. Scenes like this, and even a played downPauly Shore, actually work okay in the movie in the same way that Zack Morris works inSaved By the Bell. Yeah, you know its not really popular, but you know what? Youd give it a pass. Its cute, its energized. The characters are having a lot of fun in it. The romance actually isnt that bad either. The Roxanne character is actually kind of cute and likeable, and the two of them actually do share a believable chemistry. Though, I dont know, has the shy, stuttering guy in the corner really ever gotten the hot girl? Well, Ill tell you, NO, IT HASNT!

Doug (vo): The songs, I dont remember too well, with the exception of the opening one. I have to admit, it is pretty catchy.

(The Disneycember logo is shown, before showing clips from

Chorus: After today, our brainsll be snoozin!

[The opening dream sequence is shown]

Doug (vo): Artistically, this is a very nicely laid out movie. And I mean, think about it. Youre doingGoof Troop: The Movie. Would you expect any of this to be in it?

Doug (vo): The story is Max, now played by a different voice actor (Jason Mardsen), is forced to go on a field trip with his father Goofy. The only downside is, all his friends are going to a concert*, and even a possible girlfriend named Roxanne might be there as well. So while on the trip, hes constantly trying to find a way to steer the car towards the concert, instead of on the fishing trip that his father wants to go on.

Doug (vo): By popular demand,A Goofy Movie. This is a film I actually already talked about a bit. I did a list of theTop Nostalgia Critics I Wouldnt Review, and one of them wasA Goofy Movie. I wasnt really sure why so many people wanted me to review this. I will say that, in a sense, I was the exact wrong age to see this when it came out. I think I was just starting to enter high school, and when youre starting to enter high school, you dont want to see a Disney film with Goofy in it. So keep in mind, I didnt grow up with this. I actually saw it years later. But for what I saw, I didnt think it was that bad. I mean, okay, its not among one of the best Disney films or anything, but you know what? For what I couldve gotten, I was actually kind of pleasantly surprised.

Doug (vo): I will say one of the downsides is that theres very little of Petes family, and that was always my favorite part of the show. We dont even see the wife, the crazy daughter or the dog, and I really miss them. They were funny. But to be fair, thats not the movies focus. It really is supposed to be about the father and son, and they keep it where it should be.

Doug (vo): ButA Goofy Movieis a very fun film. Its bright and colorful, its got good stuff for kids, and its got a couple of good things for adults as well. The jokes are pretty clever, the characters are pretty likeable. Its no masterpiece, but I think its definitely worth a look.

[The opening song After Today is shown] 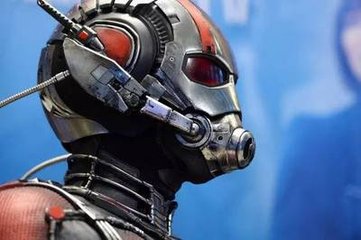