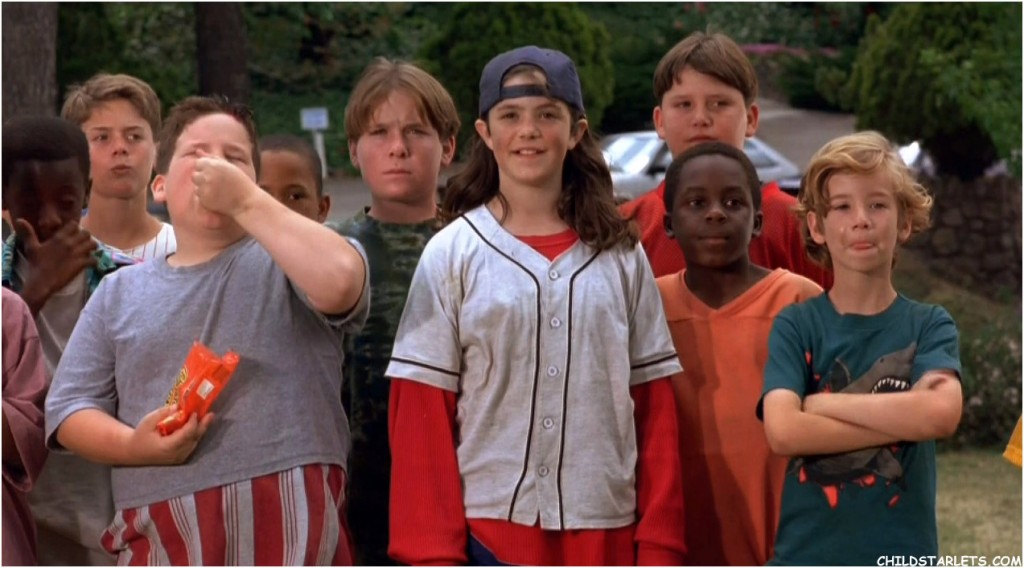 As someone that grew up in the 90s, I cant think of Tim Allen as anyone else besides Tim Taylor from Home Improvement. So the only thing that saved Jungle 2 Jungle was after shooting Charlottes cat with the dart, the Tool Man exclaims Oh no! in the same grunting manner as he did in the show. 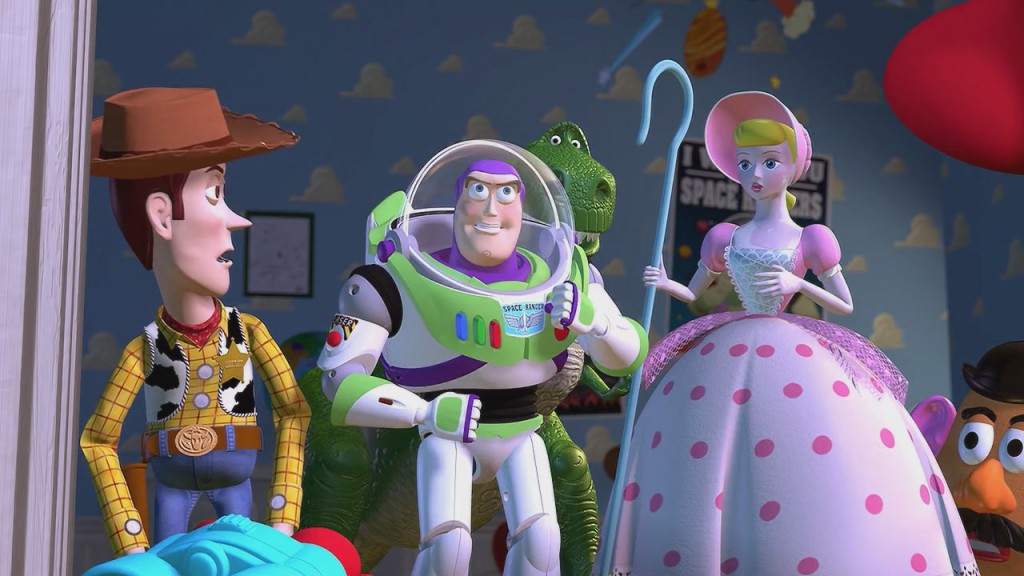 When the turtles came to life my world changed. The Teenage Mutant Ninja Turtles were the best thing since  slice of New York style pizza. Its a damn shame that the next generation of kids have had to endure the new computer-generated garbage they call a cartoon and we pray that Michael Bay leaves us with any chance that someone capable can revive it from the dead. 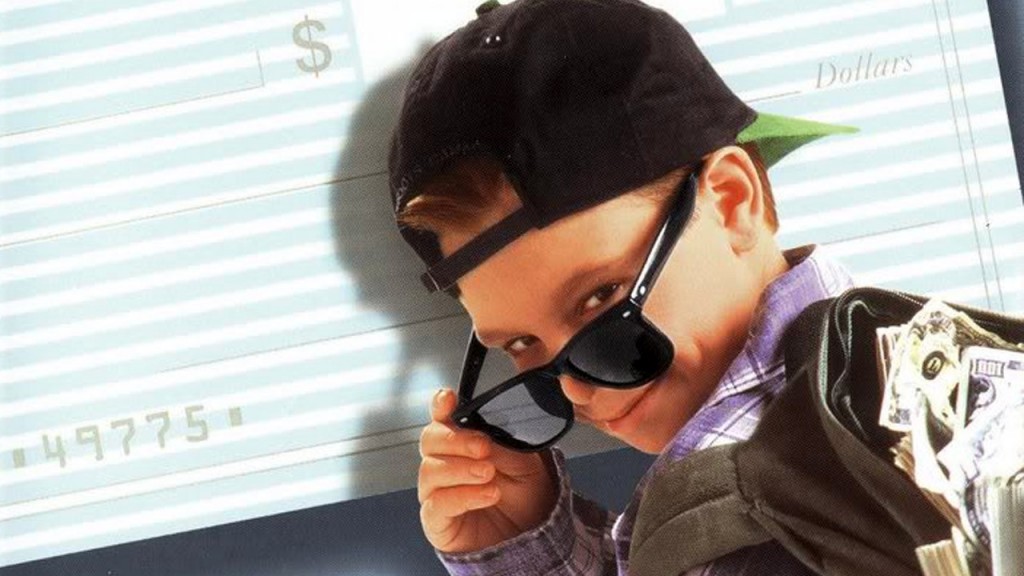 Kazaam wasnt good by any means, but it was awesomely bad. Theres no way you can leave this off the list plus, you get Shaq rapping. 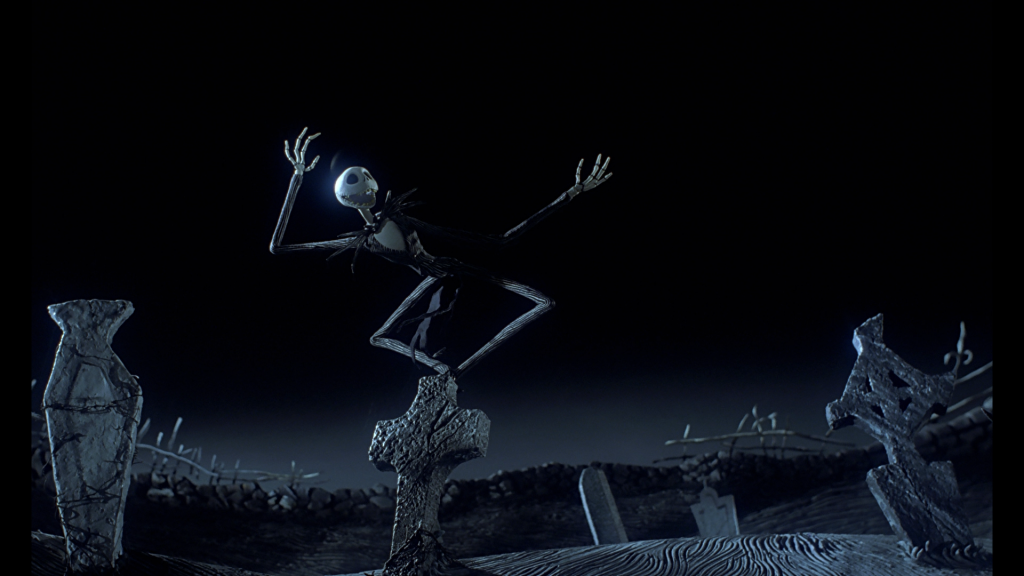 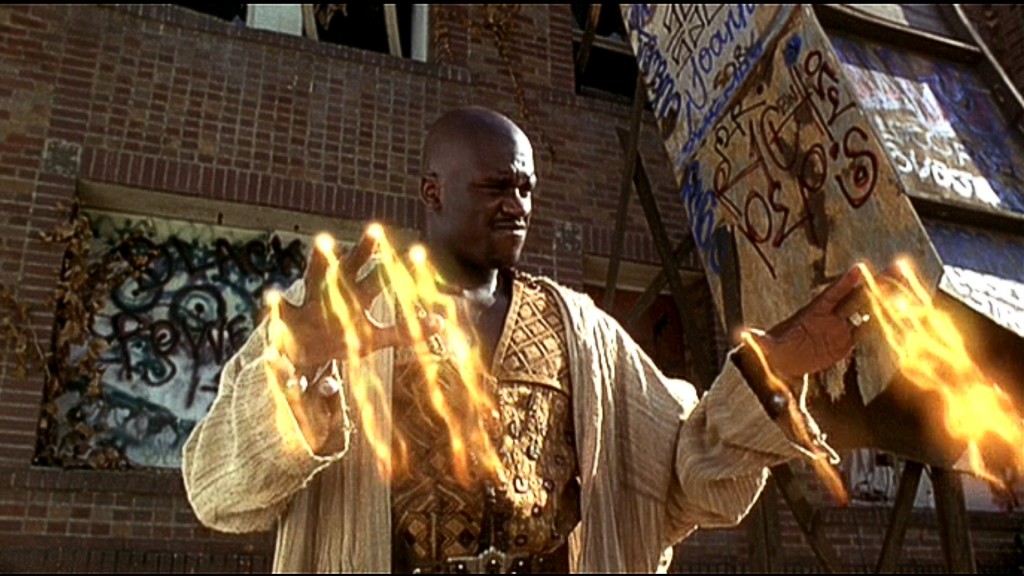 Random Trivia: The kissing couple who begin to float when some fairy dust lands on them are actually George Lucas and Carrie Fisher in a cameo.

This was every kids dream, to spend a million dollars however you please. Also was Steve Jobs attempt to imprint the Apple brand name in our heads at an early age. Dont believe me?

Random Trivia: In Bennys dream, Babe Ruth says I dont know why, but can I have this? when referring to Hank Aarons baseball card. Hank Aaron would go on to break Babe Ruths all-time home run record. 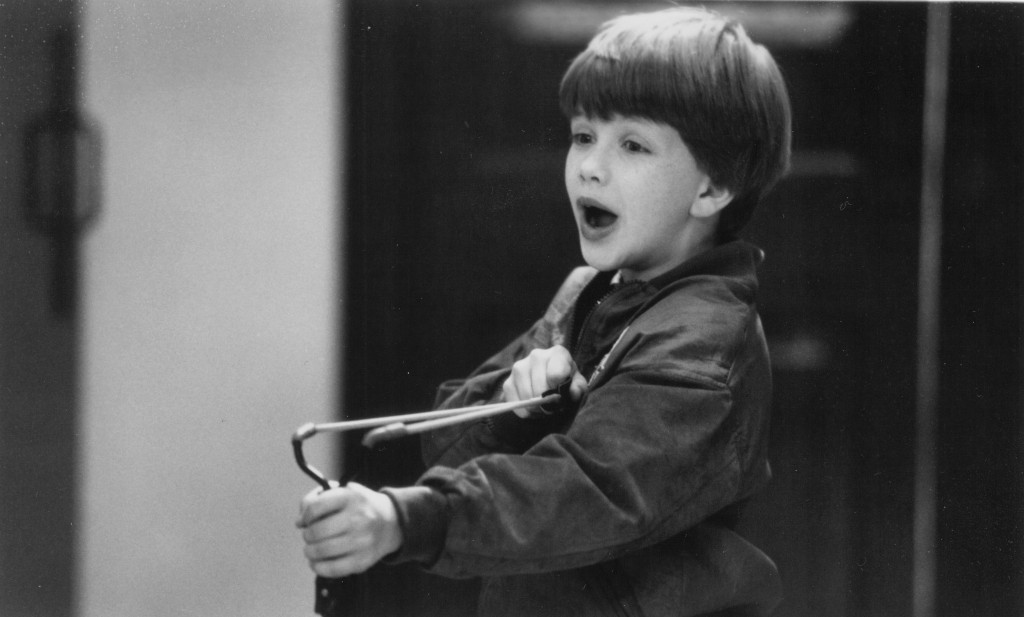 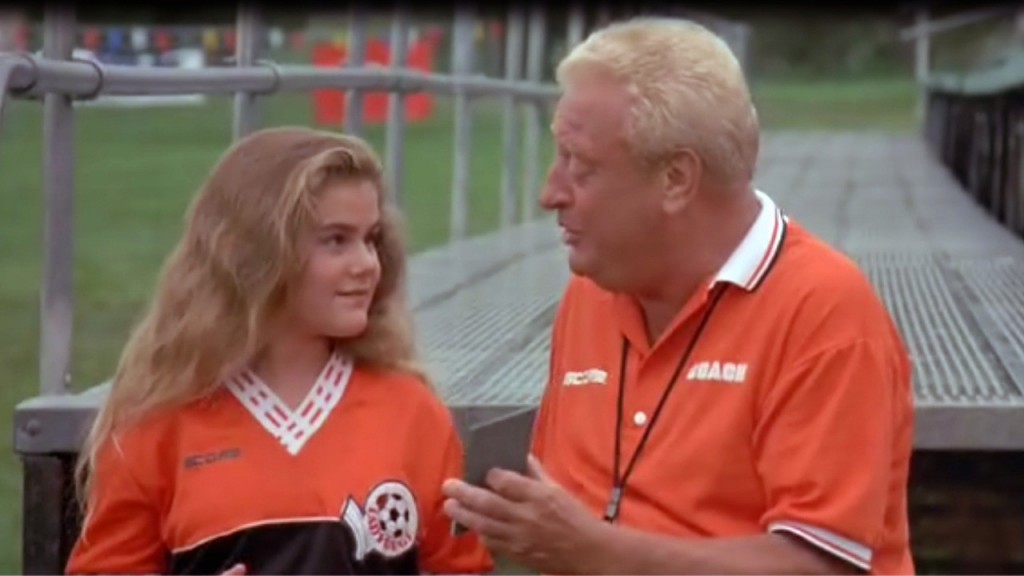 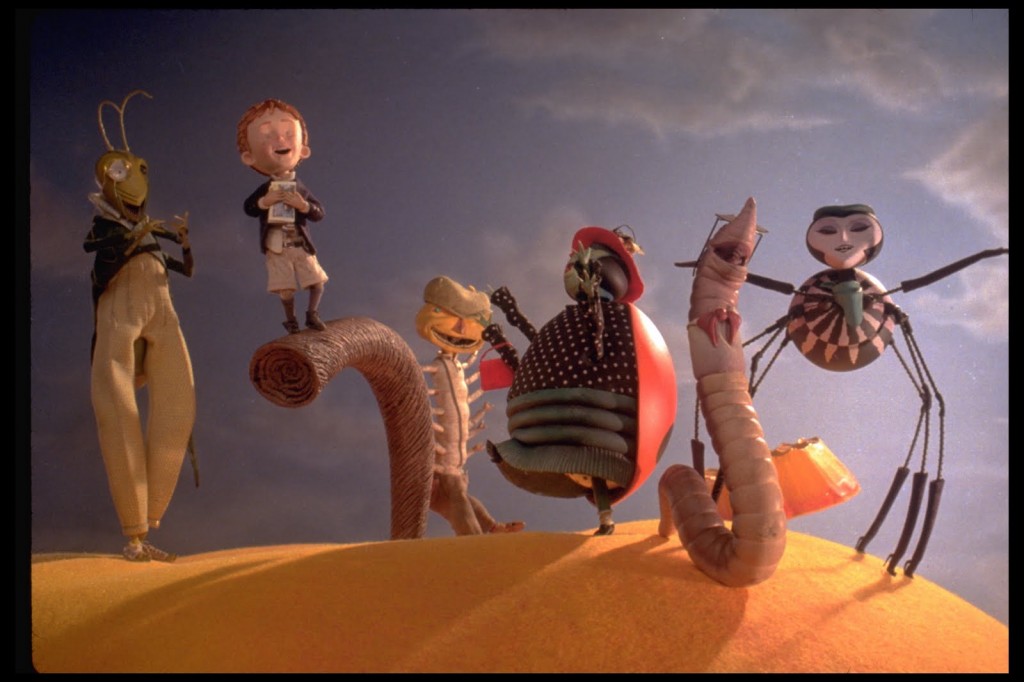 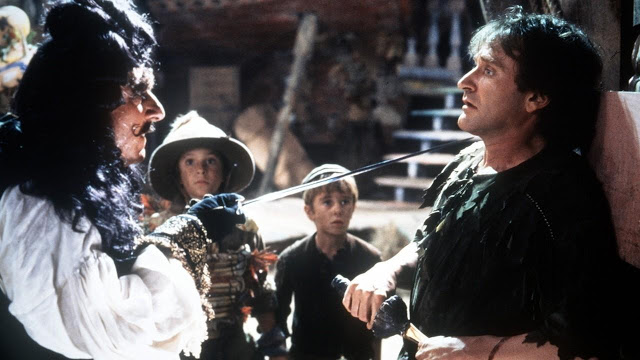 Jack was the inspiration to Benjamin Button and Robin Williams was the hairiest 10 year old of all time.

Random Trivia:We all know the turtles were named after famous artists, but in the movie, all three newswomen seen or mentioned in the film are named after a month: April, May, and June. 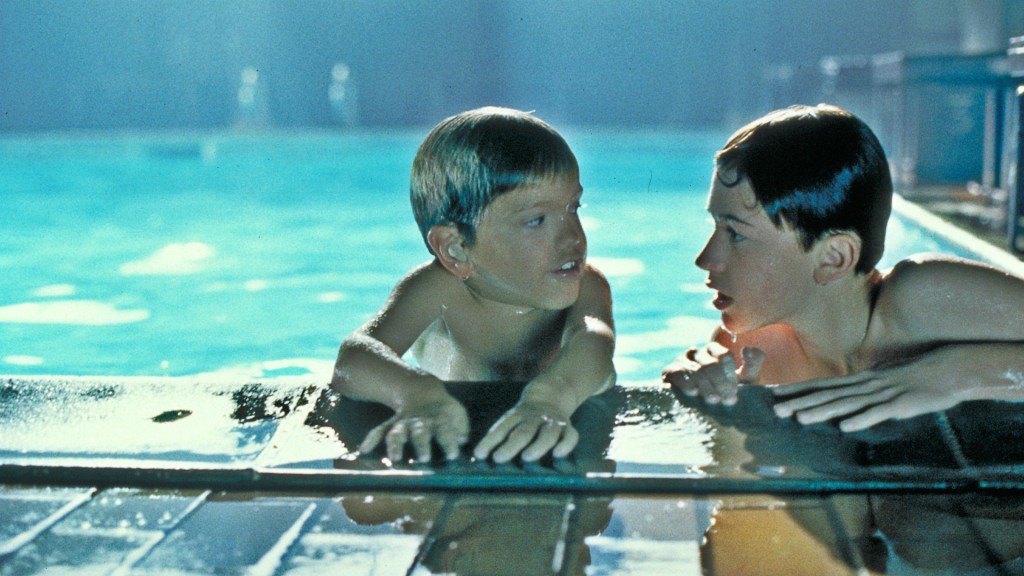 Toy Story was the start of Pixars animation domination.

Kids that grew up in the 90s were spoiled.  Lets face it. No one will never taste anything better than Ecto-Cooler and Surge soda.  No kids will aspire to be on some of the best game shows weve ever seen like Guts, Legends of the Hidden Temple and Double Dare. And Im afraid weve past the golden age of kids cinema.  Whether it was a superstar athlete or a chubby preteen, there will never be another generation full of such great stories, lessons and laughs. These are the best of the best kids movies from the 90s. 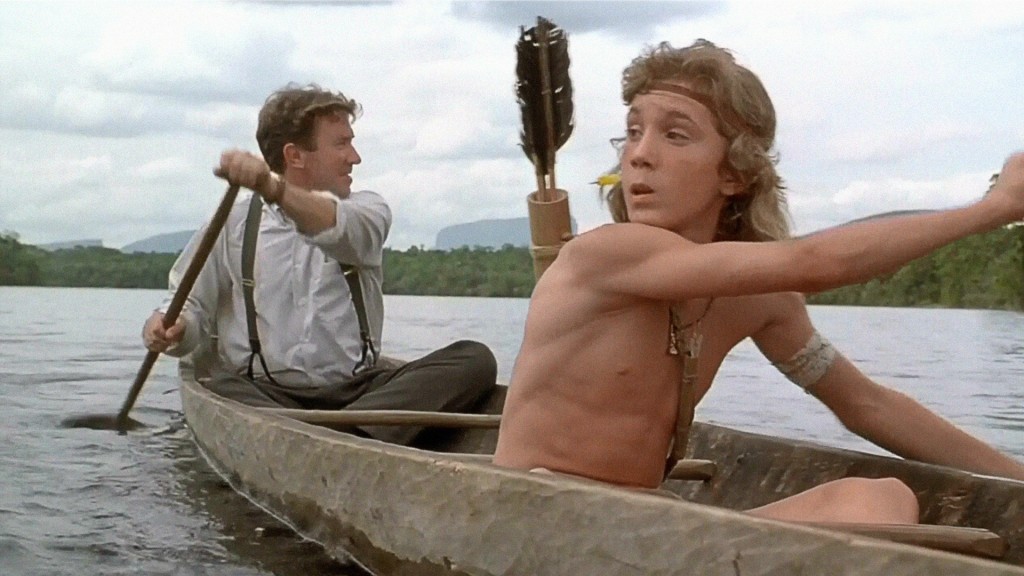 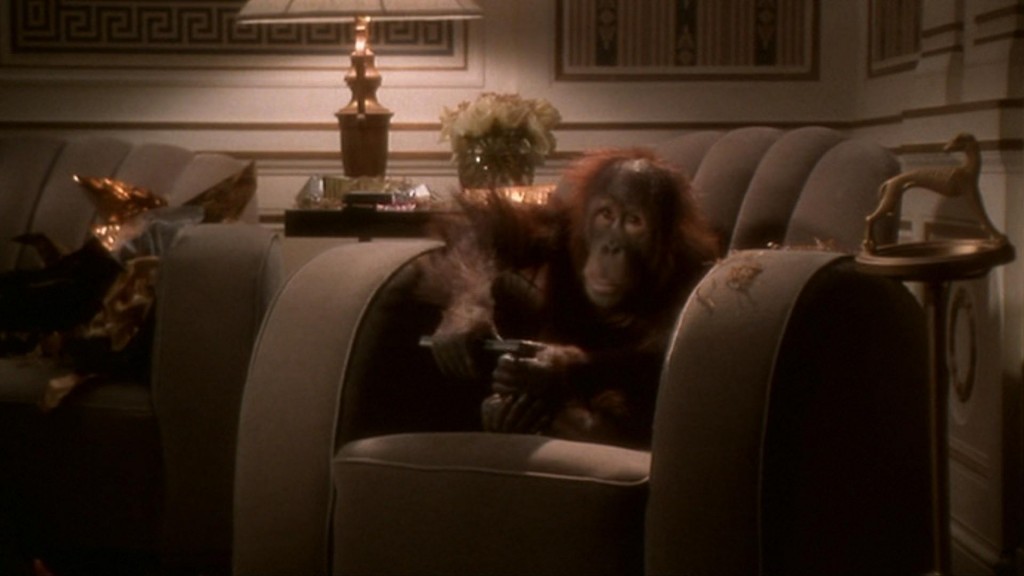 Random Trivia: There have been rumors that when Simba collapses on the cliff after talking with Timon and Pumbaa about stars, the dust that flies off the cliff forms the letters SEX. In fact it forms the letters SFX, the abbreviation of the special-effects team that worked on that portion of the film. For all subsequent releases more flowers and dust were added to the scene to avoid controversy.

Random Trivia:As Roger looks out the window and says if there is a God., the image of Mickey Mouse can be seen in the stars. 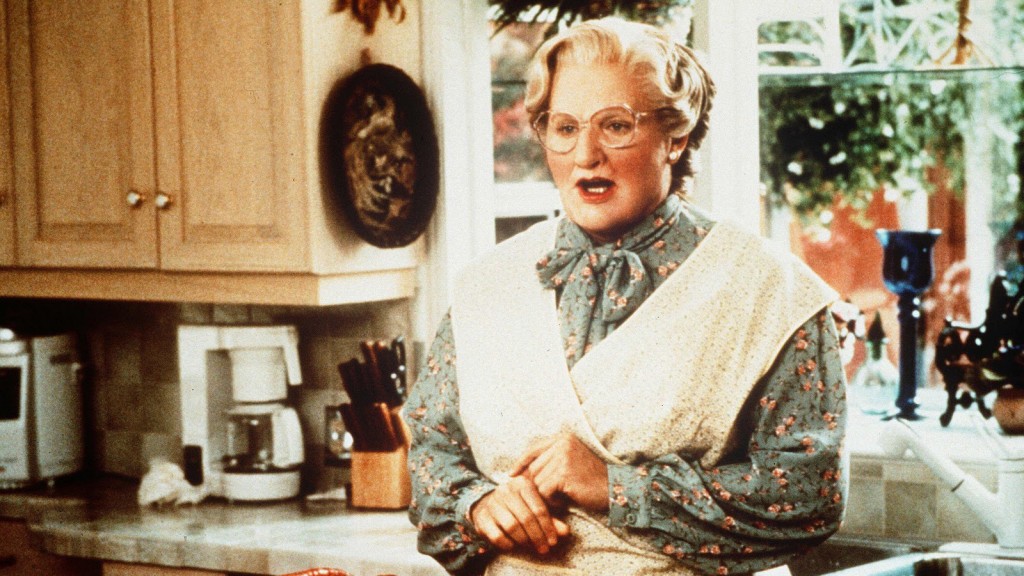 Random Trivia: Adam Banks is often referred to as a Cake Eater this term is actually well known throughout Minnesota and refers to people who live in the city of Edina, a suburb of Minneapolis. Its in reference to Marie Antoinettes infamous, Let them eat cake.

If you cant spend million dollars however you want, why not act however you wantand get a way with it.  This red-headed devil in his signature bow-tie may or may not have turned John Ritter gay and Gilbert Gottfrieds voice unbearable. 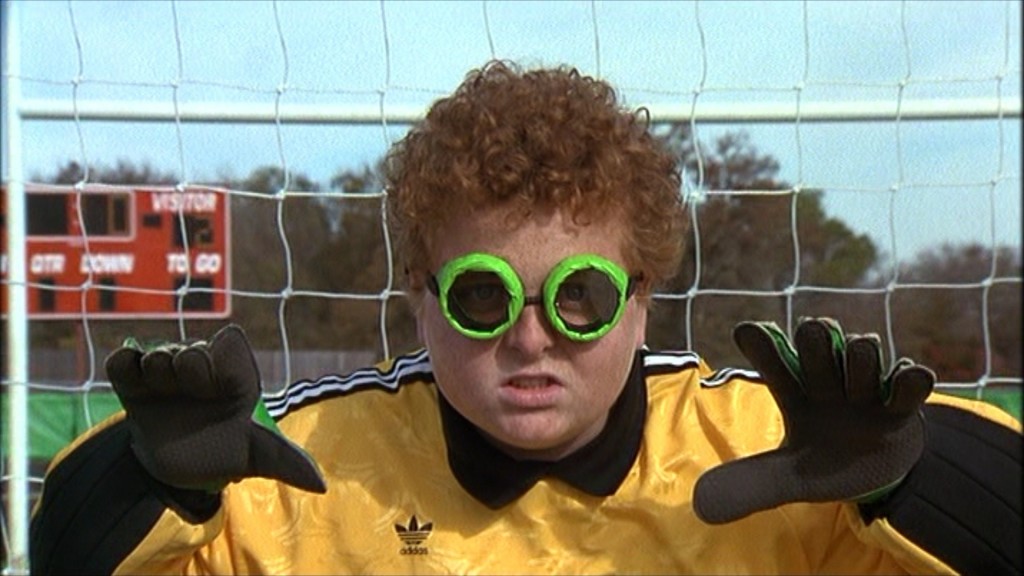 Random Trivia: It took a group of around 100 people three years to complete this movie. For one second of film, up to 12 stop-motion moves had to be made.

Rodney Dangerfield tones down his rude, crude humor for this family comedy about a desperate coach who will disguise his own son as a girl to win the girls soccer championshipor does he? 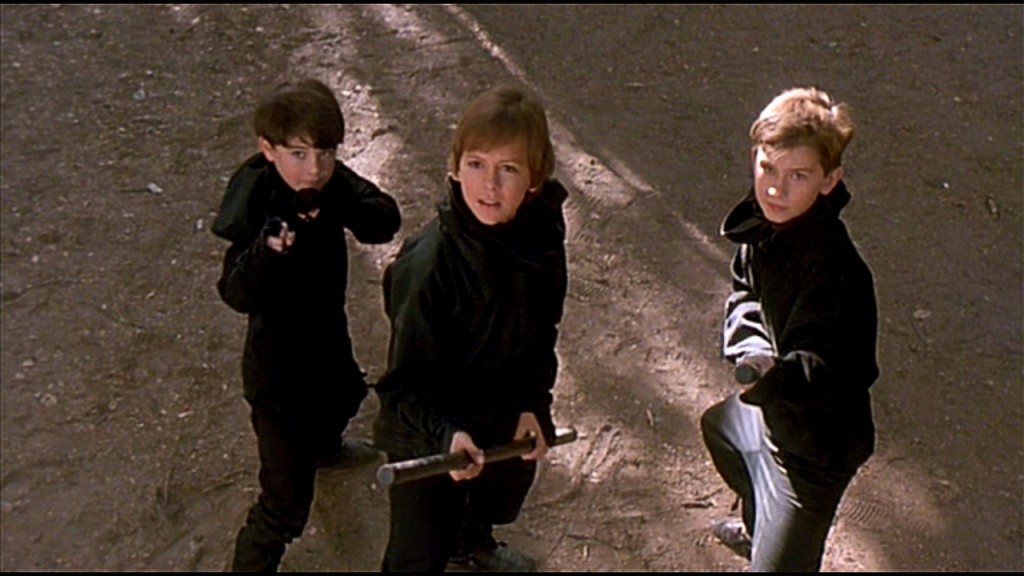 Unfortunately after the movies mild success, it spawned films like Juwanna Man and White Chicks.

How many times can Robin Williams make one list?! Seriously, everything he touched was gold. Not only was Hook a million times better than the animated Peter Pan movie, but we were introduced to the one and only Rufio, Rufio, ROOF-E-OOOOOOOOO

The Evolution of Chuck Jones and the Looney Tunes

You dont have to wait to be king anymore, The Lion King has topped our list.

Matt stands six foot eight inches tall and no he doesnt play basketball. Instead, most of his time is spent sitting watching movies and on the Internet. Follow me onTwitterorGoogle+.

Before Joseph Gordon-Levitt was Don Jon and after Christopher Lloyd became famous as Doc Brown the two taught us that there used to another baseball team in LA besides the Dodgers.

[] Honey, I Shrunk the Kids  Starring Rick Moranis as a struggling scientist father of a teenage girl and boy who accidentally shrinks his and two other neighborhood teens to the size of insects. Now the teens must fight diminutive dangers as the father searches for them. One of my favorite movies growing up. []

Random Trivia:This movie was inspired by an early 1990s McDonalds ad about Pee-Wee Football that ran during the Super Bowl. The day after it aired, Steven Spielberg liked it so much that he called up the ads creator, James Ferguson, and hired him to write the script for what became Little Giants.

If Michael Bay Directed Up

Random Trivia:Scarlett Johansson auditioned for the role of Judy Shepherd

[] Good Burger (1997) A spin off of Nickelodeons All That skit, Good Burger is about two L.A. teens summer job at the neighborhood burger joint.  Makes your think, what the hell happened to Kel Mitchell from Kenan and Kel and a definite honorable mention to the best kids movies of the 90s. []

Notify me of follow-up comments by email. 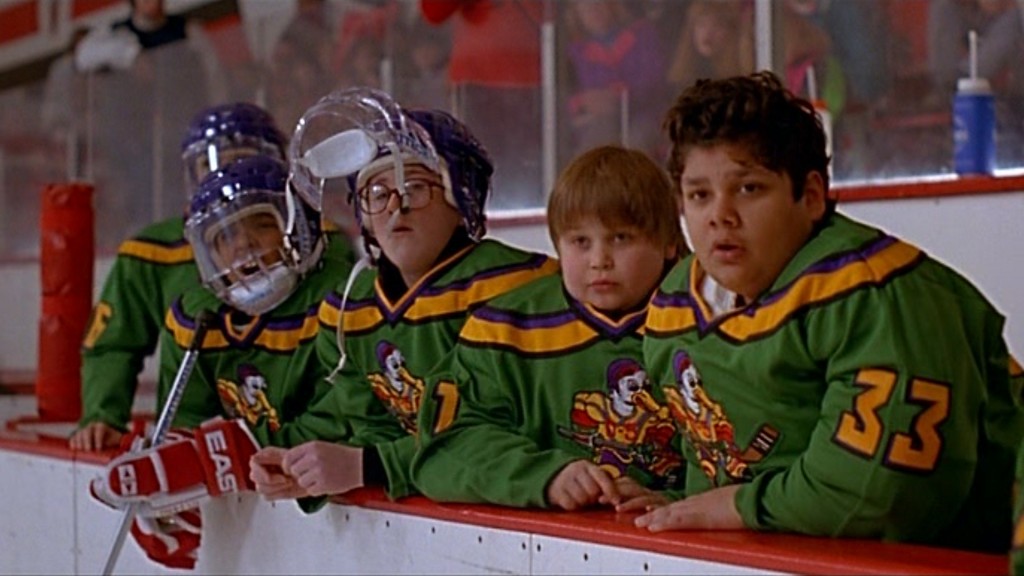 What you dont realize as a kid is that the reason Gordon Bombay has to start coaching the Ducks is because he got caught driving drunk. 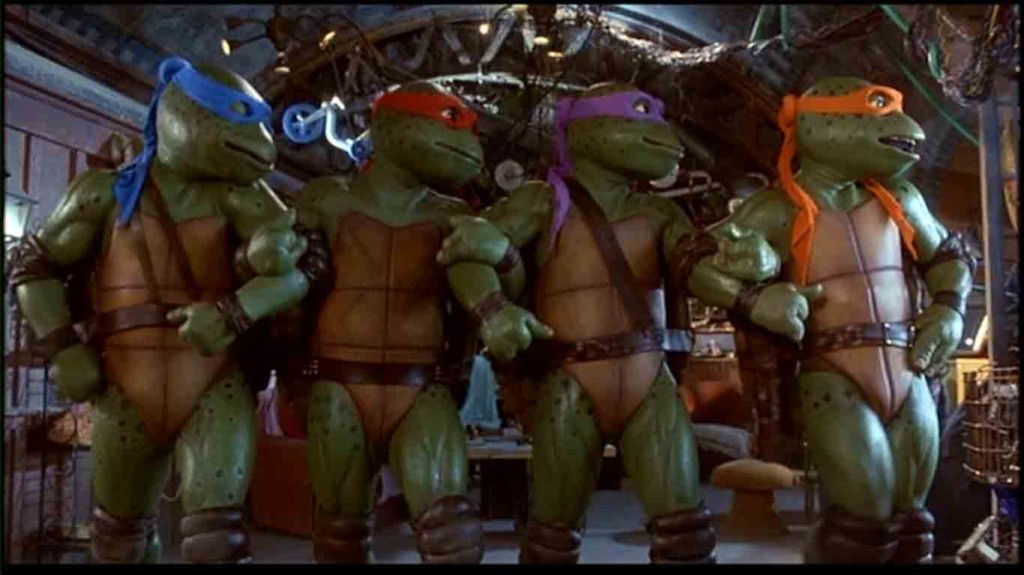 This was the movie Jason Alexander thought hed tackle coming off his Seinfeld fame. However, once again he played second fiddle, this time to a monkey.  Dont quite remember this gem? This video pretty much sums up the movie in 3 minutes.

Did we miss one? What was your favorite movie growing up?

2014 is already half way over and July should bring some serious heat. With the [Read More…] 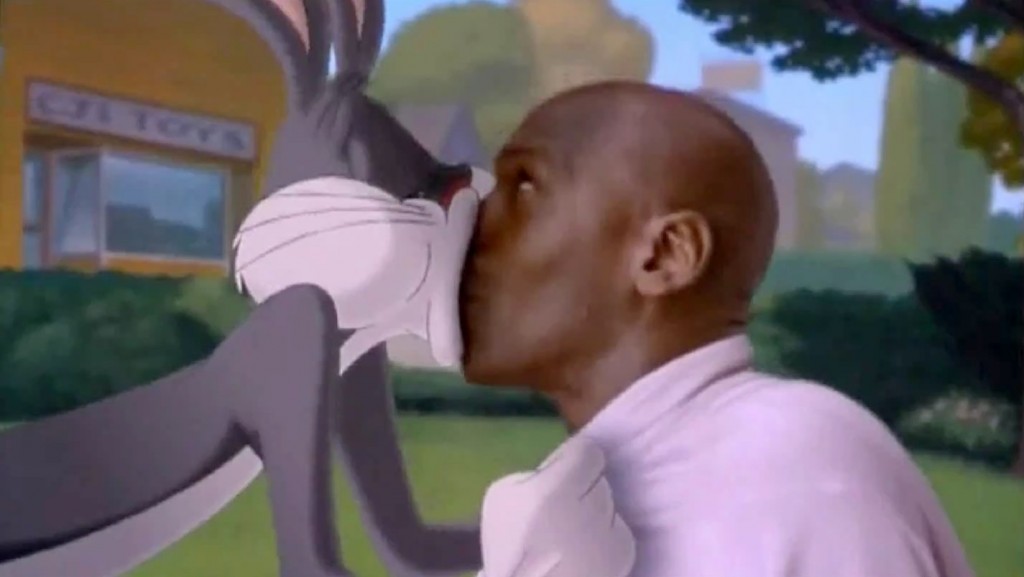 Random Trivia:The character Mrs. Doubtfire was first performed by Robin Williams at a show Andy Kaufman did at Carnegie Hall. Williams pretended to be Kaufmans grandmother.

Random Trivia: Macaulay Culkin auditioned for the role of Junior.

For most kids of the 90s, the Little Giants was the start of a long hatred for the Dallas Cowboys. And we still wish for the day we can witness the Annexation of Puerto Rico again.

Random Trivia:Because baby pigs grow so fast, 48 pigs were used during filming for the role of Babe.

The biggest names in the 90s were necessarily movie stars. but a cartoon character and basketball player. So when Bugs Bunny and Michael Jordan teamed up to do Space Jam, no one cared that Michael couldnt act, the fact that we got to watch him play basketball again was enough for us.

No one that grew up in the 90s knew of the old television show so when they rebooted the Little Rascals a whole new generation wanted a pet lizard, to spike their hair up in the back and asked Santa for a soap box car for Christmas.

Rivals the Lion King for the best original soundtrack of all time on a kids movie. 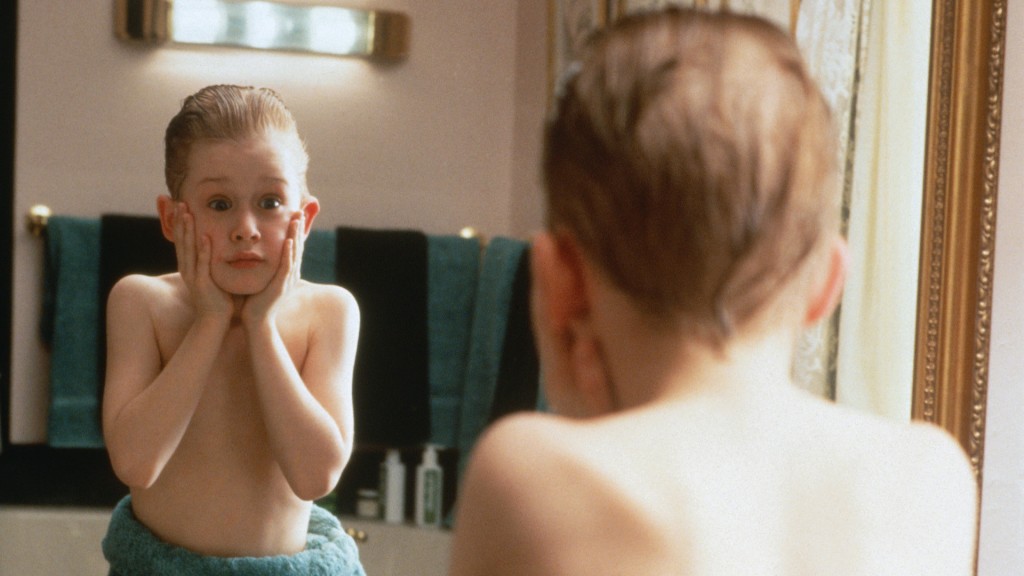 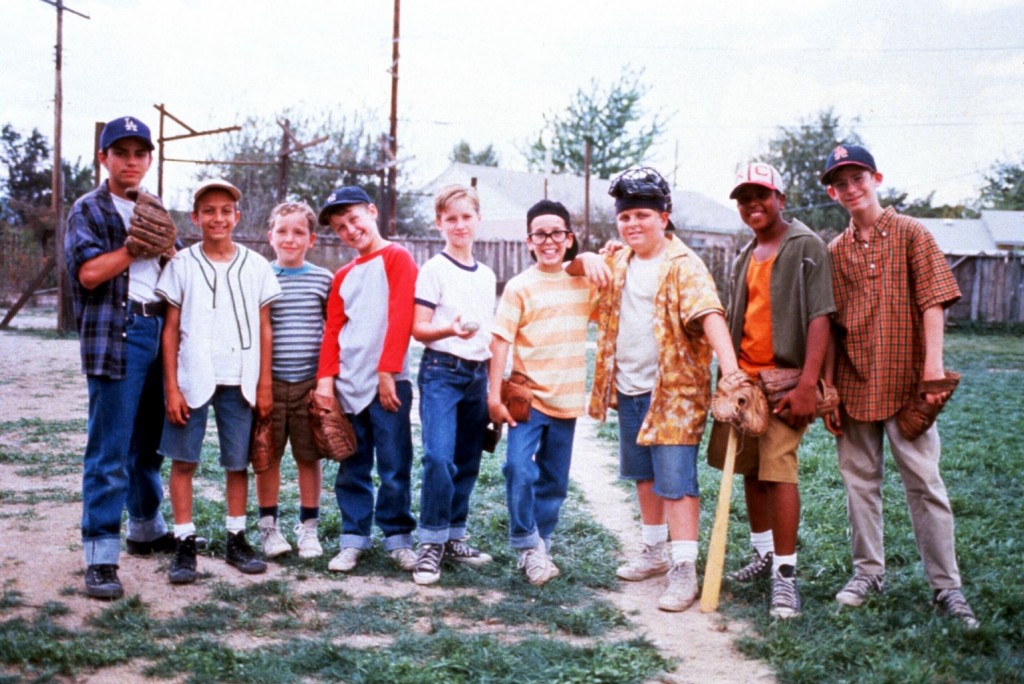 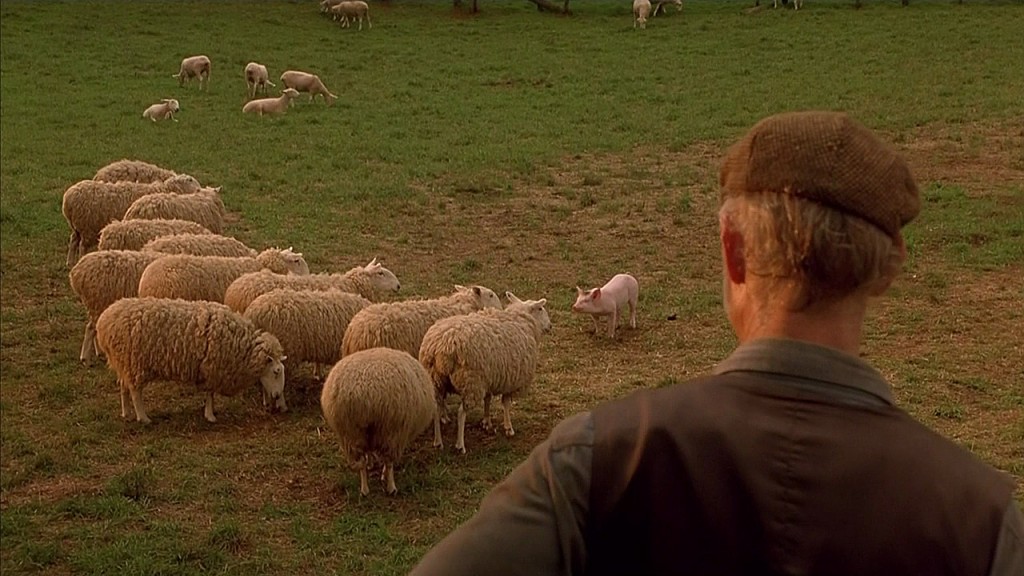 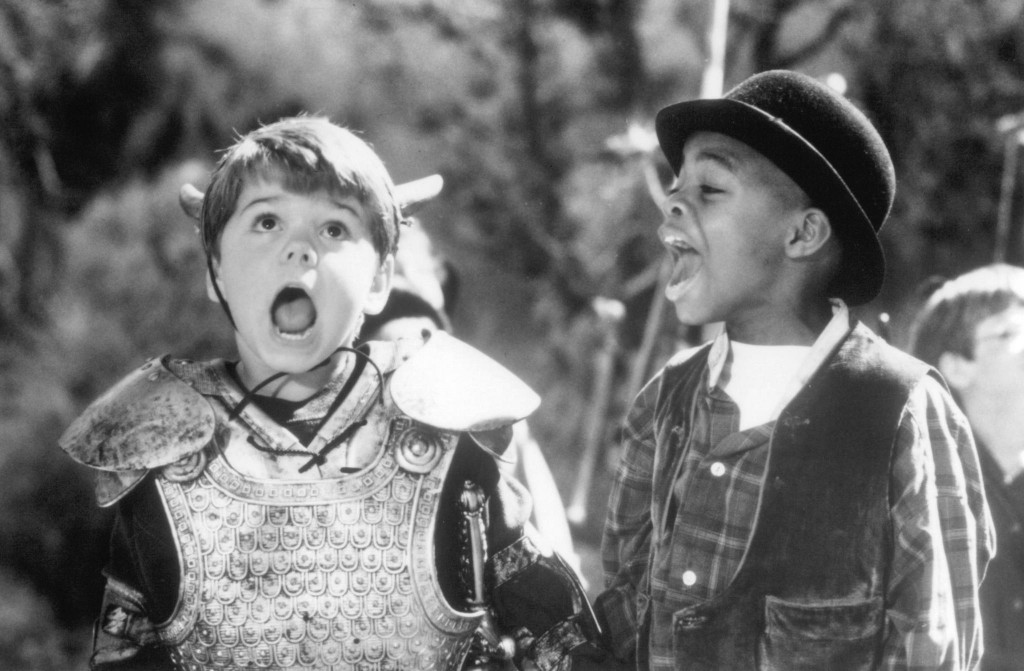 There was one causality that came from the movie though, Shawn Bradley never did find his talent.

Im not sure how you could have grown up in the 90s and not fallen in love with sports. The Big Green actually made soccer cool in the US.  And no sports movie in the 90s would be complete with that funny chubby kid and Patrick Renna was in two of them. It also reaffirmed my fear of being a goalie

Random Trivia: Whenever a characters eyes blink, they never blink together, but one at a time. 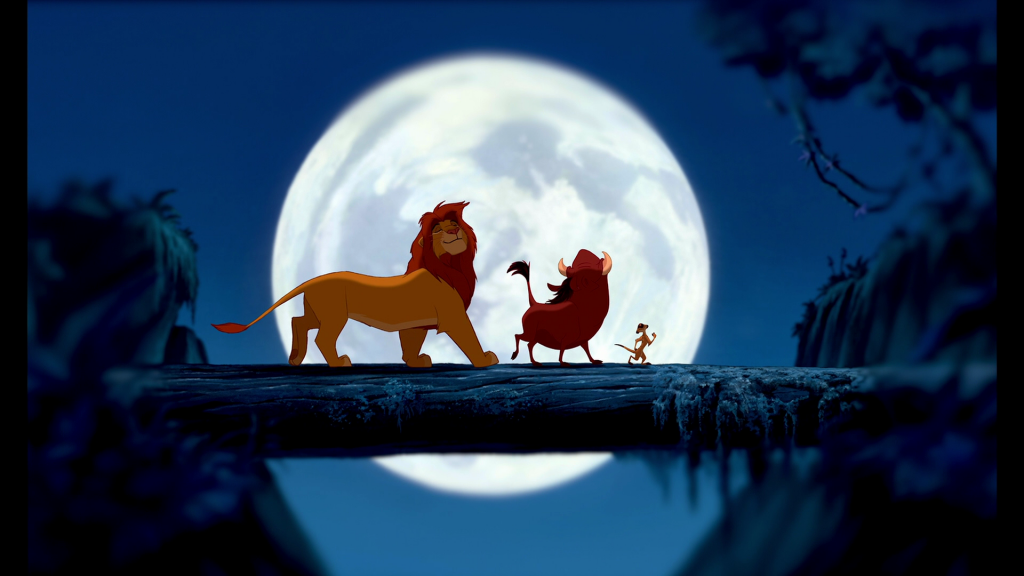 Some of the Best Movie Sword Fights