David Arquettefeatures as the lead in this movie, Chris McCormick, who returns to town after 10 years and still has a thing for the pretty sheriff. Together the sheriff (Kari Wuhrer) and Chris must lead in a struggle against the monstrous spiders. 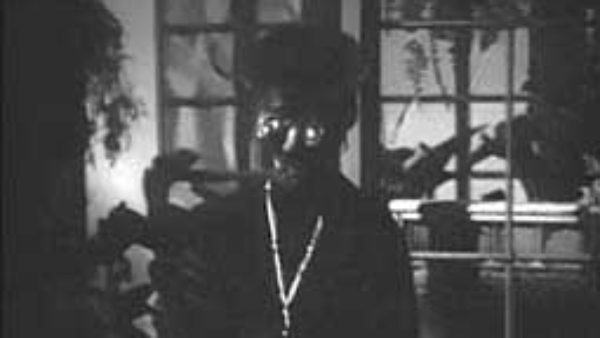 Starship troopersis based on Robert A. Heinleinsscience fictionnovel with the same name. It projects a futuristic world where kids are sent for military training to fight the alien bugs in space, who are bent upon destroying human race. 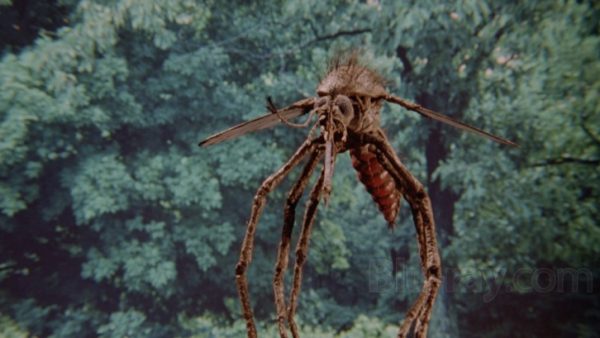 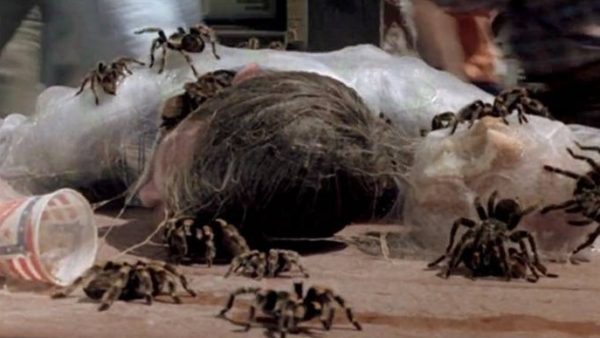 Here is a movie where instead of any bugs getting super-sized, the reverse happens and four kids are shrunk to nano-versions by an electromagnetic shrinking machine in a cartoon like blunder. Although Joe Johnstons venture did not receive high rating from credible movie sites, it does have a good story line and applaudable special effects.

Cooper (Chris Marquette) as a lazy worker and Sara (Brooke Nevin), his boss daughter, along with other survivors look to evade the bugs and find a solution. Love is indeed the most powerful emotion. Even in midst of flying giant bugs, Cooper and the super-attractive Sara fall for each other.

She comes up with a genetically engineered bug that mimics and kills cockroaches, which are spreading a plague causing deaths of children. Thought to be sterile, the bugs somehow evolve and start mimicking their new victim humans.

Roger Cormans idea ofa horror/sci-fi involvesa cosmetics queen turning into a giant wasp when her greed to look young turns on her. A very attractiveSusan Cabotplays the lead star, as the owner of a cosmetic company, who falls for an untested serum which promises to make her look young again.

The four shrunk kids adventure is amusing as they brave their way past routine things which become monstrous for them due to their miniature size.Honey, I Shrunk the Kidswon the BAFTA film award.

It took Corman 5 days to produce this movie with a mysterious movie poster depicting a giant wasp woman clutching a frightened man which is not related to any scene in the movie. Perhaps alluding the trap of women, or their hold on men? We will let you decide.

An eccentric idea put forward by writer ofInvasion of Bee Girlswomen can exhaust men sexually to the point of death. Lead actressAnitra Forddons the role of a scientist, Dr. Susan, researching bees.

Death of farm animals leads the vet Rack Hansen (William Shatner) along with Dr. Diane Ashley (Tiffany Bolling) to investigate the matter only to find that gigantic killer spiders have overrun the town.

Humans have always been intimidated by species larger than themselves. Hence large aliens, dinosaurs and predators make some of the favourite features of sci-fi/horror genre. One of the lesser featured but equally creepy are giant bugs which come in many forms and sizes. Here we take a look at 17 best giant bug movies of all time that managed to intrigue us the most: 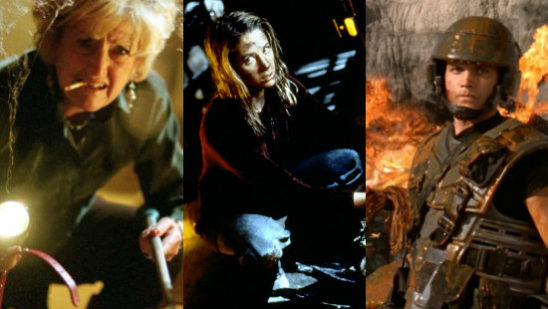 Eight Legged Freaksis written and directed byEllory Elkayemas a sci-fi comedy with a simple plot, a spider fanatics blunder of causing all spider species to escape couple with a chemical spill that causes them to grow to the size of a small truck. 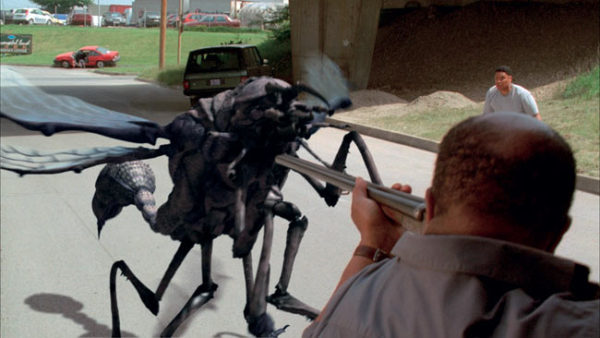 A cross betweena comedy and a horror movie, Kyle Rankin has produced a bug movie that will keep you entertained for 90 minutes. The plot is somewhat predictable, in giant bug movie world giant bugs attack the city and our protagonist must save the day.

Mysterious deathslead to government agent Neil (William Smith) investigating the matter. He finds Dr. Susan has created monstrous women, who seduce men with their beauty and kill them.

Chillopedia is a growing information blog which focuses on various different genres that span the entire cultural spectrum.

Our hatred for the buzzing, blood sucking nuisance of an insect, the mosquitoes, is universal. Imagine these annoying flying, malaria causing beings to become gigantic? Not a very pleasing thought.

Remember how Ron Weasley follows the spiders into the woods only to find his worst nightmare in giant sizes and huge numbers (Harry Potter and the Chamber of Secrets).Kingdom of Spiders, directed by John Cardos, has a similar story.